Triple-Treat Niken Steers its Own Path 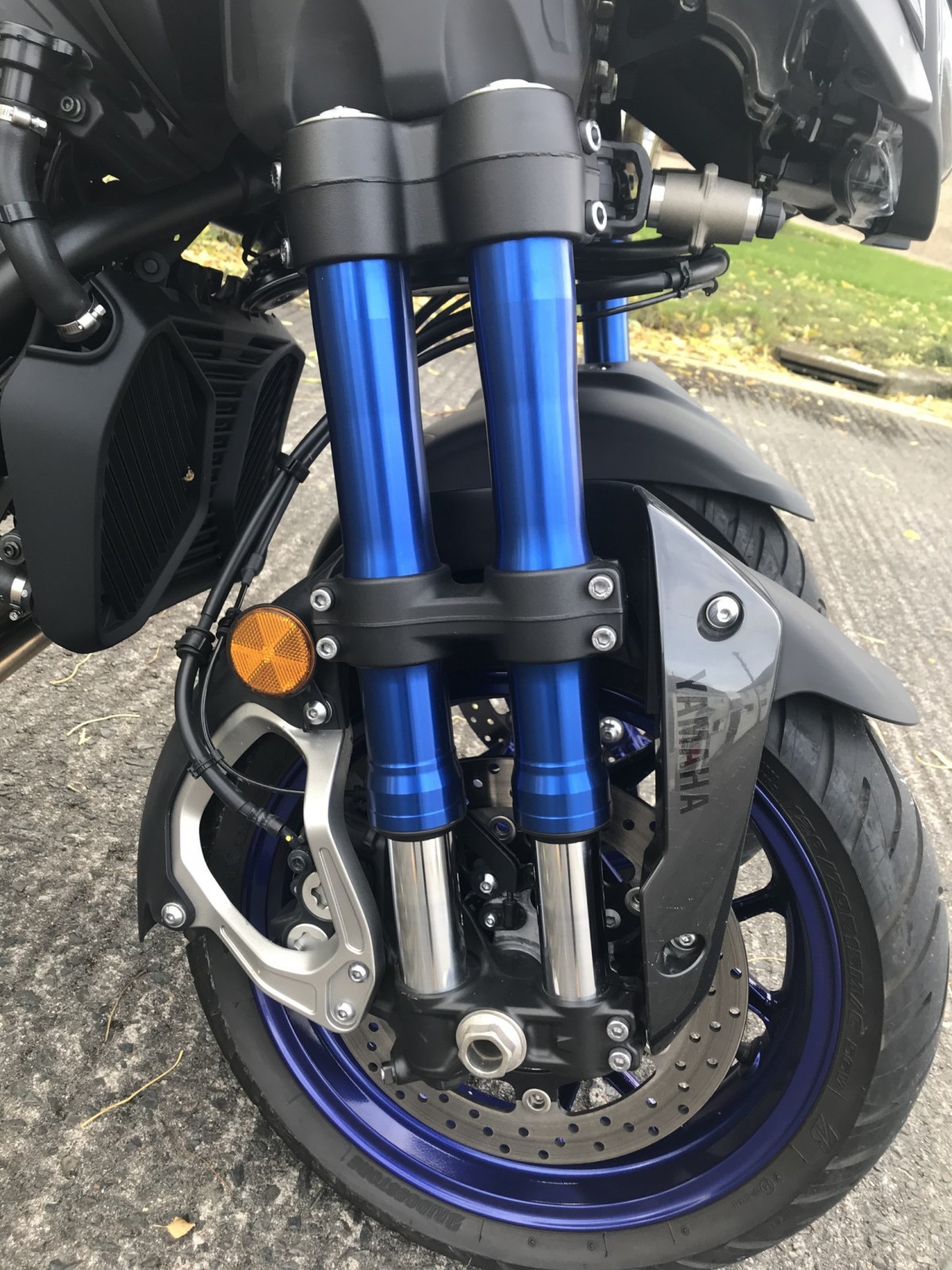 His left hand was secured in the loving grip of his Nan, his right holding a raggedy Teddy that had obviously seen some serious action. I rolled up to the traffic lights some two/three metres from them, their eyes awaiting of the Green Man on the opposite side of the road.

It took just one glance from the four-year old and he got it – he needed no explanations, no introduction – he was hooked. Releasing his thumb from around his beloved Teddy he gave me his vertical vote and that of his upside-down Teddy, on my steed for the day, the tri-wheeled Yamaha Niken had just stolen another heart.

I had just brought the Niken on a secondary road trip through the hills of County Meath, into Drogheda, a coffee stop in Slane Castle, onto Ardee, to Dundalk, a bit of a rip on the motorway and back via the coast road, with a steaming bowl of soup awaiting in Stoop Your Head in Skerries.

Everywhere it went, it caused more whiplash than a bus crash in Ballyfermot, its front profile causing double-takes and finger pointing, much of it from those with no interest in motorcycles, their involuntary reflex a result of the Niken’s visual magnetism, their resistance futile – they’re going to stare.

With its sit-up-and-beg riding position, the Niken is comfortable from the off, the feeling no different through the handlebars from a conventional motorcycle. There is a fair bit of info available on the LCD console, albeit the sun glare on the day and my use of polarised sunglasses, made it difficult to see on occasion. Switchgear was glove friendly, the absence of heated grips as a standard item an easy fix Mr. Yamaha.

Not to be confused with trikes, which can be driven on a car licence, this three-wheeler demands the rider to hold a full A-licence, its front two wheels 410mm apart, the bike’s handlebars 35mm wider than the Tracer. The linkages and articulation of the front end is an engineer’s nirvana, the voodoo emanating delivering a ride that is almost impossible to fault.

Running on two 15-inch wheels, the front contact patch is substantially more than a conventional single, especially when the road surface is damp and your doubts destroy the pleasure of your drive. While I didn’t go full kamikaze, the front end definitely felt planted, whilst at no time informing me that I had an extra wheel up there.

The 850cc triple is the same as that in the Yamaha MT-09 and Tracer models. While the 115bhp may not sound adequate for some, I found it excellent on the secondary roads, the quick-shifter adding instantly to my demands, the absence of an automatic throttle blip on the downshift no real issue, my manual blip-application aided by the slipper-clutch should my timing be off.

Weather protection as can be imagined, is not of GoldWing standards, the addition of a higher screen, some detachable luggage, definite items that would transform this into a very competent tourer. Having the security between your ears that the front end is not going to wash out under braking on the merest lean in the wet, is a major plus for the Niken and may be enough to get some fence-sitters onto motorcycles.

Should you get the chance to ride the Niken, do it. It is vital to prepare yourself about its specification, as the questions are abundant and relentless. And be prepared for when a four-year old makes eye contact with the Niken and then you. The audacity of Yamaha has been recognised, the brilliance of its design sets it apart and in its subsequent function proves it is no gimmick, it ticks a lot of positive boxes.

I cannot contradict my four-year old fan. His thumb-up was genuine and unambiguous. He may never ride a motorcycle, but on that afternoon, at those traffic lights, he was spot on. 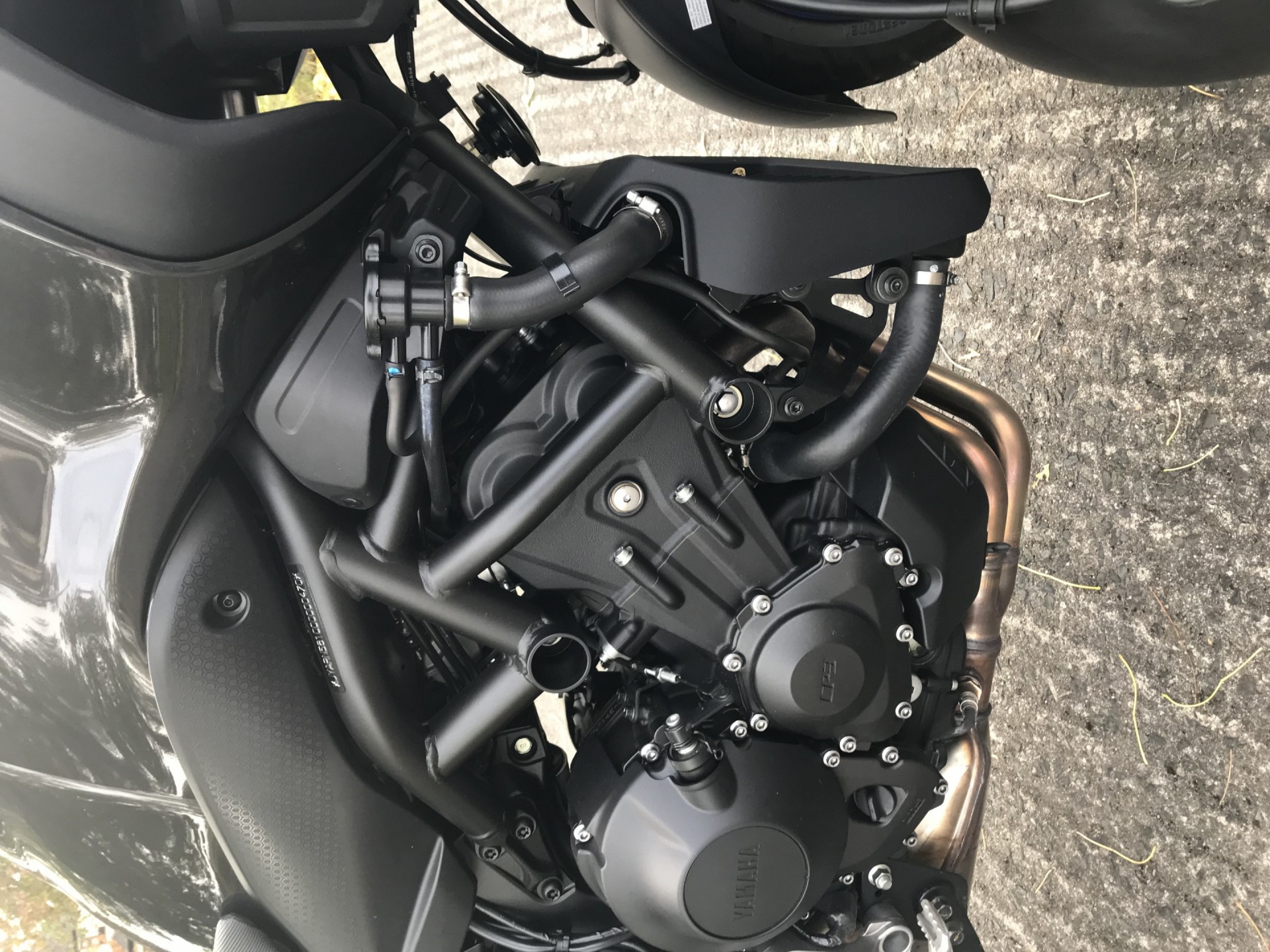