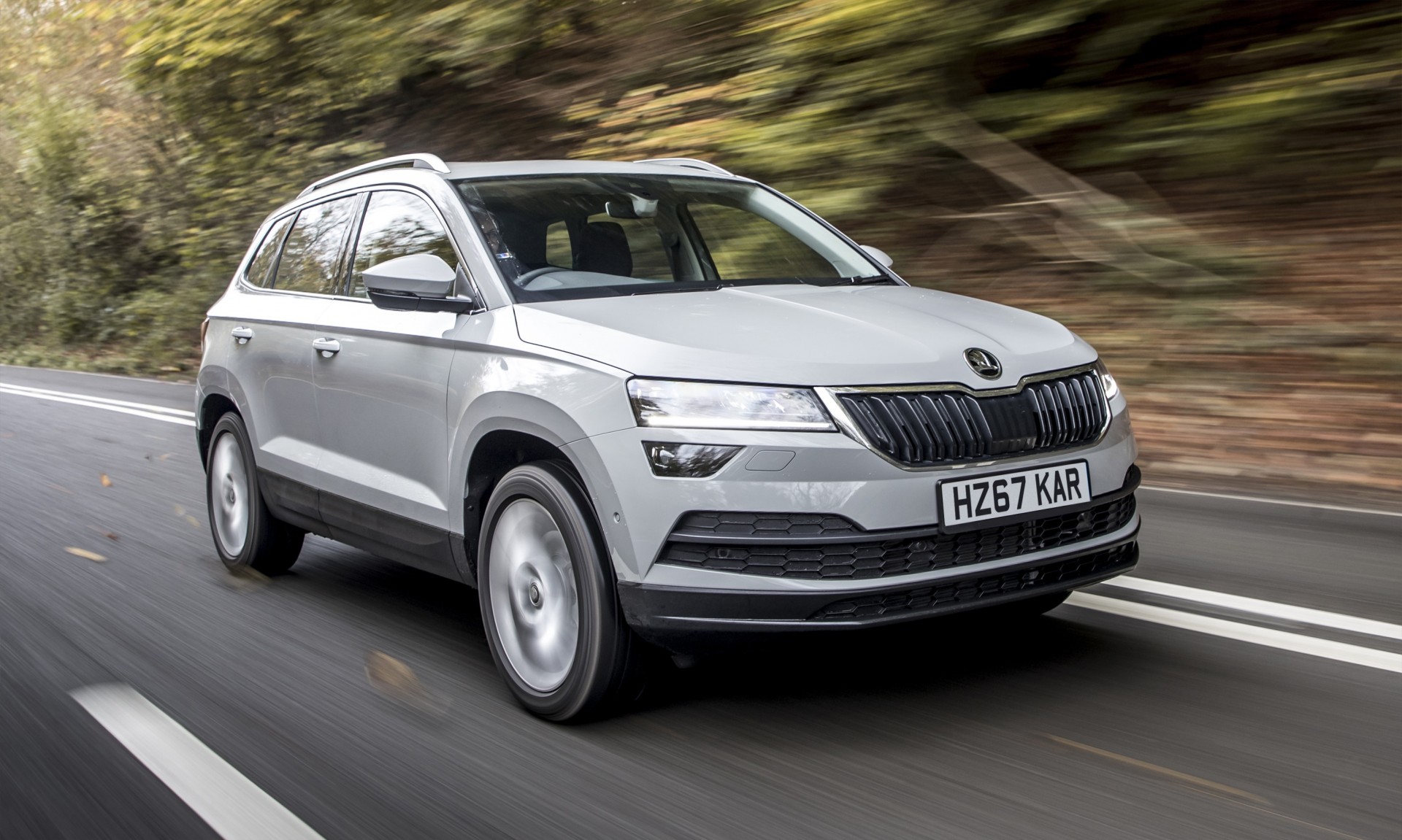 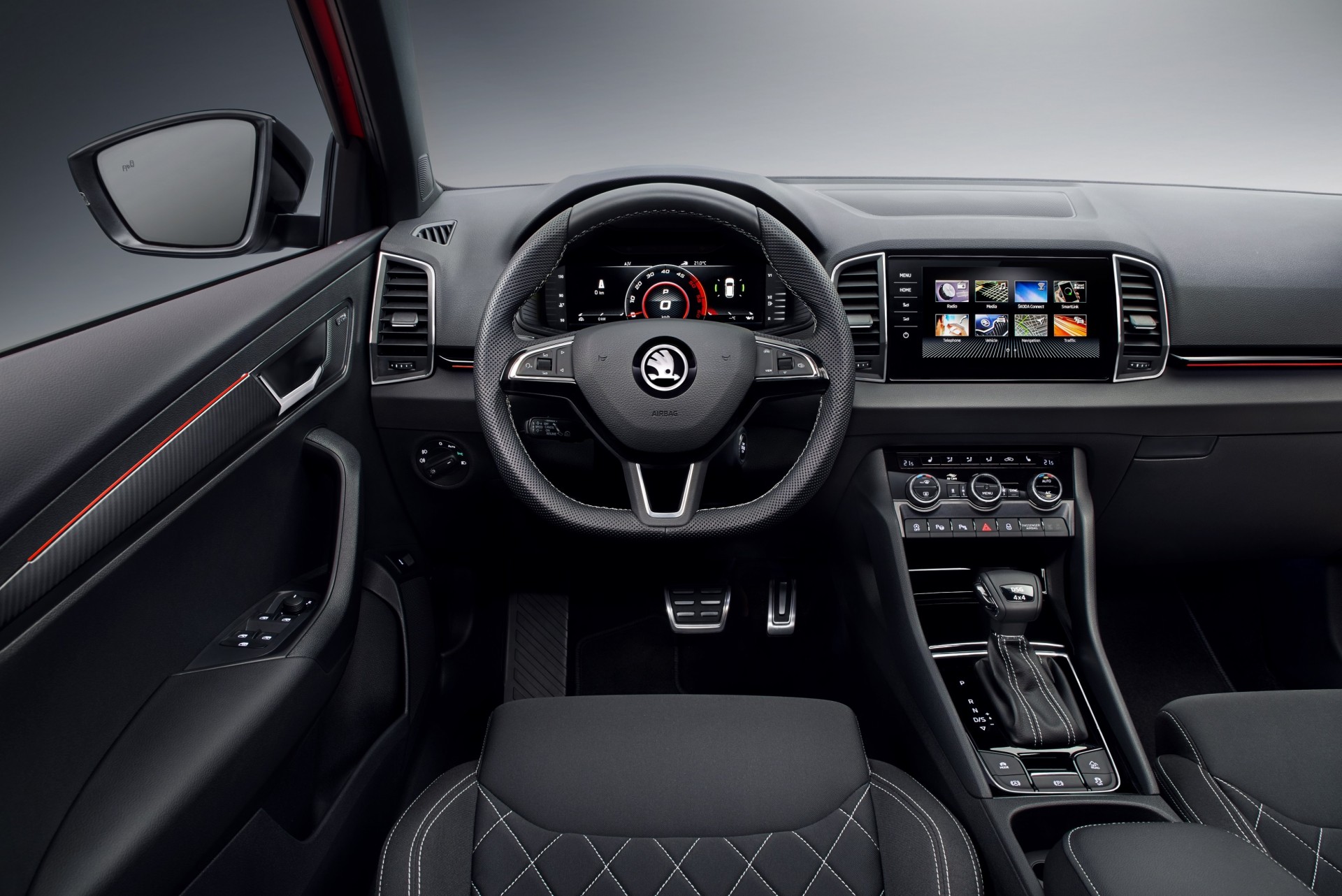 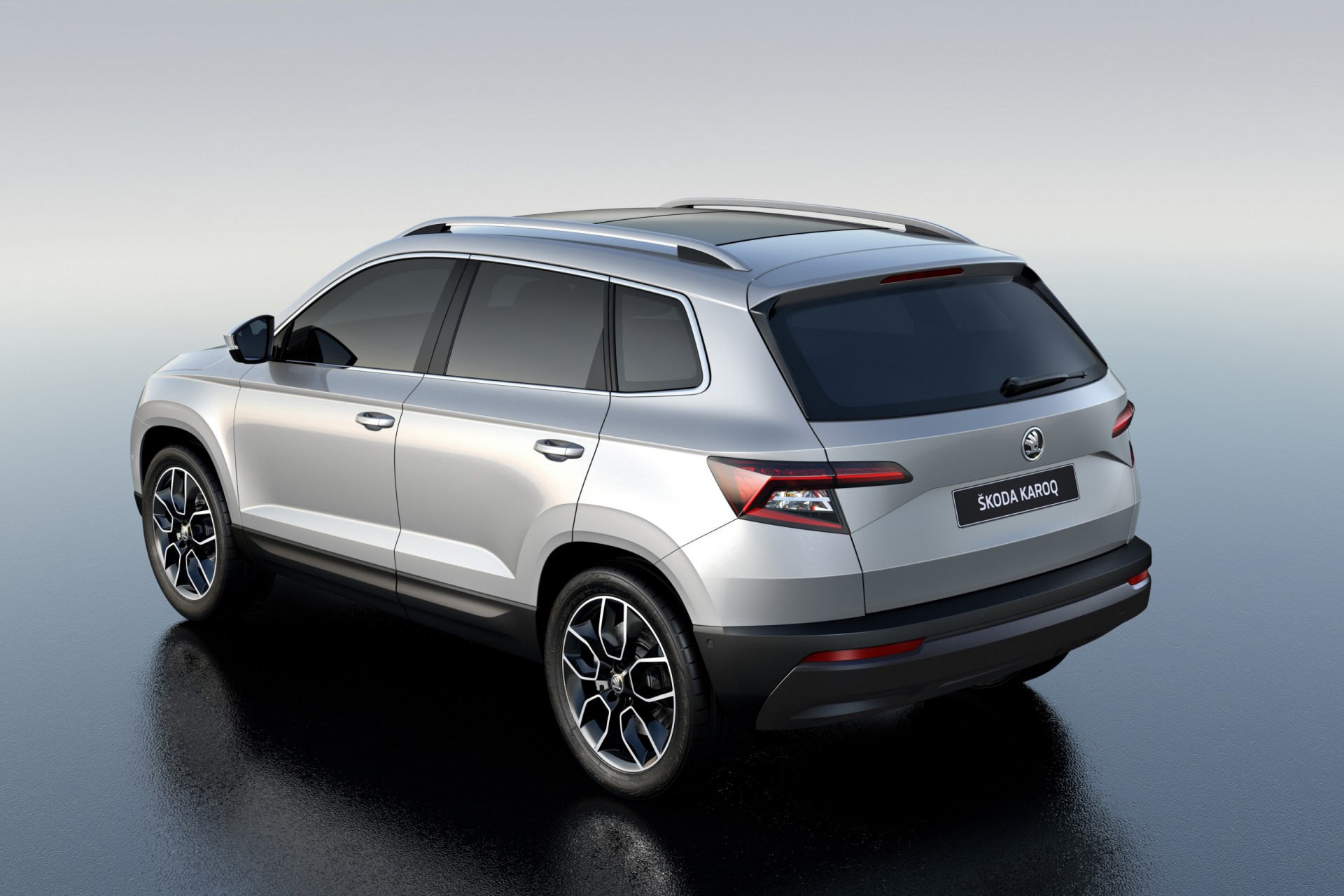 It’s a segment that contains many volume sellers, where occupants battle for your Euro’s with a vengeance belying their friendly demeanour. Akin to most manufacturers, Skoda have a 1.0 litre, three-cylinder, turbocharged petrol offering, which will defy your sensibilities until you warm to its character and performance.

Bigger than the Yeti it replaces, the Karoq’s design, inside and out, is clean, functional and has an aura of solidity. Its VW underpinnings, engines allied to Czech car-building ethos, combine to provide a thoroughly confident and competent road companion.

I have long been an admirer of things Skoda, where across all their range you have to be downright picky to find flaws and completely bonkers to not include their segment offerings for test drive consideration. With this new Karoq, Skoda have given us a new name to wrap our gobs around and a product that will satisfy the demands of many in this very competitive sales segment.

Questions over the 1.0 litre engine are best answered after you drive it, where unless you knew, you would assume that a 1.6 litre unit was providing the propulsion – the tell-tale audio from the three-cylinder giving the game away on firm acceleration.

Certainly, to get the best out of this energetic three-pot you need to adjust your driving style. For me, I found that changing up sooner than I would normally, provided the best economy, where the engines management and great fuelling allows for it to mystically pull cleanly from low revs. You don’t need high revs to get performance. Should you like to hear the triple thrum, it will bring you smiles, but will cost you on the economy scale, simple.

Once the character of the one-litre has been accepted, this is a worthy choice for anyone not doing the high mileage to warrant a diesel purchase. It is also wonderfully smooth and minus the diesel drone, the ride quality is a notch above silent.

Choosing in this segment was always difficult, Hyundai’s Tucson leading the charge into the nation’s driveways. The arrival of Karoq will keep everyone honest and looking in their mirrors.

Some of the Competition:

Standing akin to many in this segment, the Karoq is user-friendly for access and egress purposes. On first glance it will cause head scratching and visual ambiguity as its resemblance to its bigger sibling, the 7-seater Kodiak, is hard to distinguish. This is no bad thing, merely an indication of good genes.

Being an SUV, the Karoq can’t hide its boxiness, but it is handsome and wears its family face with ease, whilst the rear is clean and functional. Where the Karoq wins is in the sum of its parts. It looks good, is well thought out and put together with longevity in mind, hence it is easy and safe to recommend. Running on VW’s MQB1 platform it shares with the SEAT Ateca, the Karoq’s pedigree is not in question.

Roomy, good driving position, clear instrumentation and right up to date entertainment, connectivity and communication, the Karoq can offer it all. Being part of the VW family has its benefits, with the Audi digital dash an option for those who like their toys on the premium side, the Karoq can provide all things to all who want all things.

My one-litre test car will have many flicking the bonnet lever and taking a long look into the engine bay, such is the disbelief it engenders. Like most manufacturers now, VW Group’s one-litre offering simply surprises. It will cause smiles, confusion and doubt in nigh-on equal amounts, the latter pessimists casting their clouds on the long-term lifespan of a small triple. All the indications are that these small propulsion units are up for the long haul, and like any four or multi-cylinder engine, will perform well as long as it is serviced and levied some affection.

Lighter than the Yeti it replaces, my Karoq coped well with the urban demand, where I short-shifted through the well matched six-speed gearbox on the flat and only let the revs rise where I needed more oomph for a long hill climb. This optimises fuel economy significantly. Should you be of heavy foot, it will register on the fuel computer PDQ, so best exercise some restraint and let the excellent fuelling                        and turbo voodoo do its stuff.

Ride wise, the Karoq is compliant, not overly hard and will lean a tad into corners, but is overall willing to stay online, unless you treat it like a GTi, when it will seek to take a wider arc than you intend, understeering for the aficionados.

Out on the open road the Karoq was quiet and possessed enough response for all bar a full-on banzai attack. It will require some dancing through the gearbox, a talent it enjoys, to get it to boogie on down, but overall this one-litre is well up for the task of moving the SUV Karoq up mountain or motorway.

I liked the Skoda Yeti, its name and its persona. Now its replacement seeks new horizons. Joining it on the journey is an easy choice.