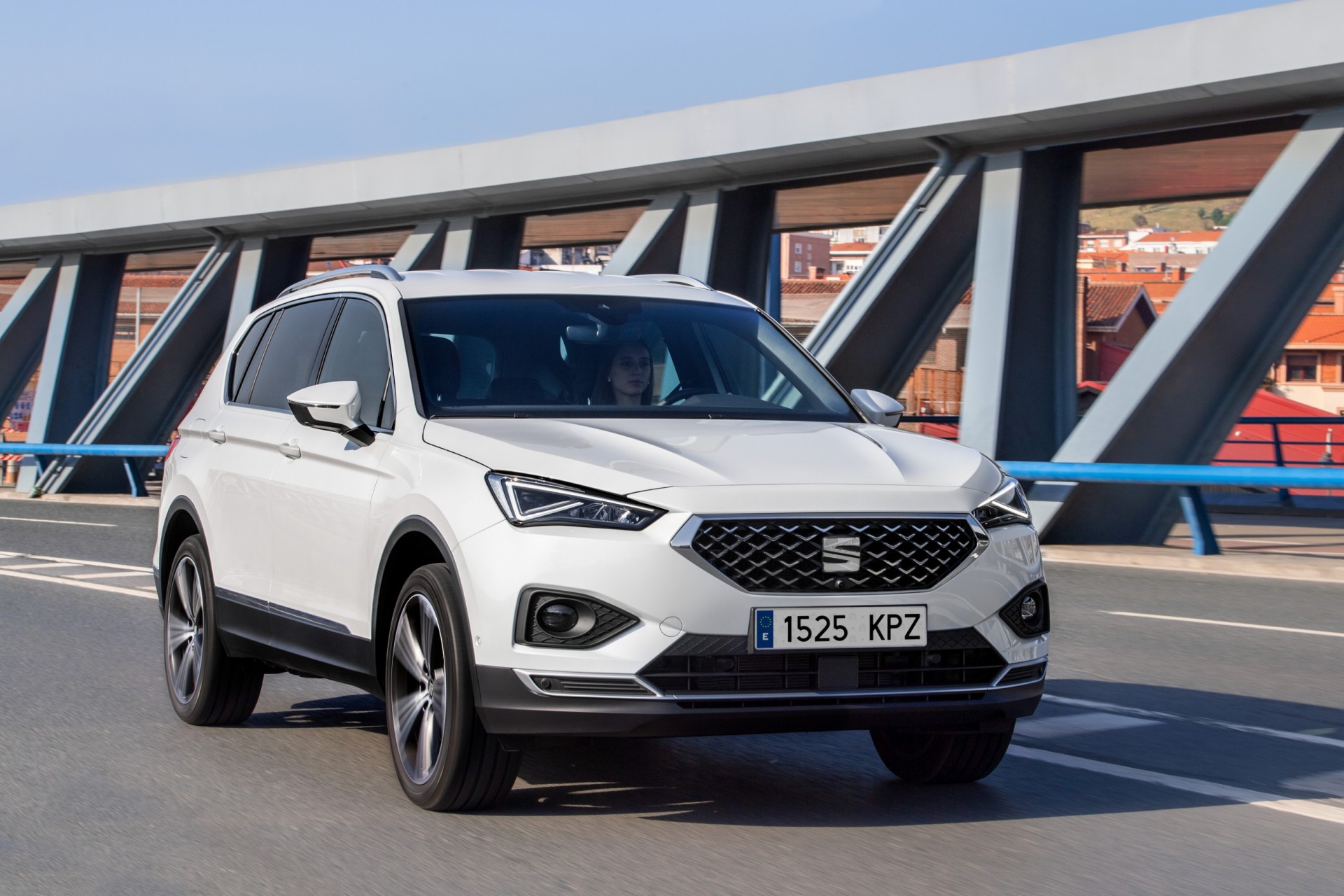 Designed and developed at the SEAT facility in Martorell, Catalonia, Spain and produced in Wolfsburg, Germany, joining the Arona and the Ateca on its SUV menu.

The new SEAT Tarraco will attract attract the younger driver, looking for space and lifestyle practicality in either five-or seven-seat format, with the user-friendliness of its high driving position and equally elevated level of safety, comfort, entertainment and connectivity. Boot space is 760 litres, expanding to 1920 litres with the rear seats folded.

Albeit stands on the same platform as the Skoda Kodiak, VW T-Roc and VW Tiguan, the MQB-A platform for those who need to know, SEAT have breathed some Spanish magic onto the Tarraco, to give it a persona of its own. Having only had a short association with the Tarraco at its press launch, I can verify it has its own flavour and I look forward to a longer test in the coming weeks.

Clean outer design is complimented by full LED’s back and front, with SEAT’s signature DRL’s, (Day Running Lights), doing all the introduction needed at first glance. A powered tailgate on my test car is a big plus for any family seeking sanity on a wet day.

The Inside Story on the Tarraco is one of clean, clear design, with my test car in Xcellence trim providing a veritable feast of equipment. The digital dash, akin to what only some short years ago, was for the privileged, sits wonderfully in front of the driver.

Fit and finish is beyond criticism, the quality of materials used and the thought behind their placement worthy of a round of applause. Worth noting that fifty-five percent of sales are expected to be in this trim level, with forty-five prevent going to the SE trim.

Equally interesting is that SEAT Ireland expect their petrol/diesel ration will be 65:55, with a manual/DSG ration of 30:70. Two petrol engines and two diesel units, make up the initial propulsion offerings, with a PHEV, (Plug-in Hybrid Electric Vehicle), coming in 2020.

Apple CarPlay and Android Auto is accessed merely by plugging in your smartphone via a USB cable and thereafter using the voice activation button on the steering wheel to do everything your fingers used to do.

Niall Phillips, Brand Director at SEAT Ireland, commenting at the launch said: “We are very excited to welcome the Tarraco to Ireland in 2019. There has never been a greater demand in the Irish market for SUV vehicles and SEAT has been satisfying this demand over the past couple of years through its existing SUV range comprised of the SEAT Ateca and Arona, models which have enjoyed remarkable success.

The introduction of the Tarraco now allows SEAT to target a different customer segment again and we are extremely confident that it will resonate with Irish motorists. Its introduction is another key milestone in the overall evolution of SEAT. It’s great to be able to continue to offer motorists an even greater variety of high-quality vehicles.”

Available now from any one of Ireland’s twenty-three SEAT dealers, the Tarraco absolutely deserves some of your time to evaluate its many charms. No surprise that SEAT have increased their sales in 2018 by twelve percent and hold a three percent market share.