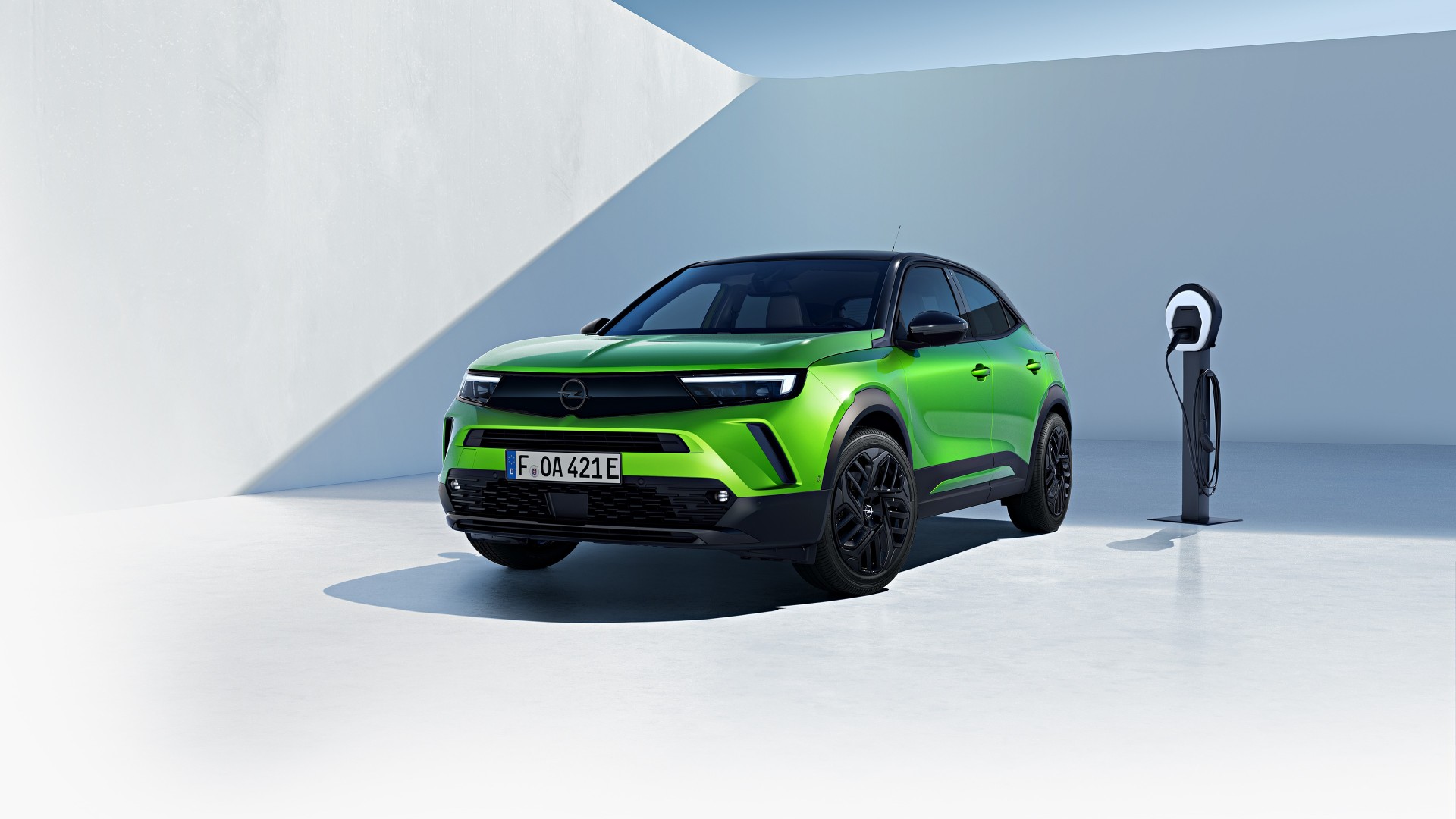 Opel Mokka-e becomes Opel Mokka Electric
The best-selling battery-electric vehicle in the B-SUV segment in Germany in October and
November 2022 is getting more power, will be more efficient, and has a new name. The Opel
Mokka Electric, formerly the Opel Mokka-e, winner of the Golden Steering Wheel 2021 and
Continental Tyres Irish Small SUV of the Year 2022, will be available with a larger battery
and more power in the future.
With a new 54 kWh battery, the Mokka Electric can cover up to 406km instead of up to
338km. At the same time, energy consumption has decreased to 15.2 kWh per 100
kilometres (WLTP) and 80% state-of-charge is reached in 30 minutes at a 100 kW DC
charging station.
Florian Huettl, Opel CEO, said: "'e' becomes 'Electric'. With the new suffix, we underline that
the Opel Mokka offers even more electric driving fun. It is an electric vehicle that is
unparalleled in its segment. Ever since it was launched, our extraordinary compact SUV has
impressed people with its bold and pure design, individual character and proven suitability
for everyday use. And with a new electric drive and larger battery, we are now making the
Mokka Electric even more powerful, even more efficient, and better. That is the Opel
approach to well thought-out 'Greenovation'.”
The Mokka was the first Opel to wear the new brand face, the Opel Vizor, and was also the
first Opel with the fully digitised Pure Panel cockpit. In addition, it was the first Opel
available from launch with fully electric drive as well as highly efficient combustion engines,
thus giving customers the choice of which drive suits their needs best. That choice is already
predominantly electric. In November, no less than 65% of all Mokka customers in Germany
opted for the battery-electric variant.
As with all fully electric Opel models, the 54-kWh battery is practically installed in the
underbody. Thus, no space is lost in the passenger or luggage compartment and the Mokka
Electric promises excellent roadholding qualities. The vehicle's low centre of gravity
increases safety and driving quality. With an output of 115 kW/156 hp and maximum torque
of 260 Newton meters, the Mokka Electric is going to be lively company.
Mokka Electric drivers can choose between the three driving modes Eco, Normal and Sport.
In Eco mode, the vehicle is most energy-efficient in favour of the overall range.
Thanks to regenerative braking system, the Mokka Electric can also recuperate energy when
decelerating or braking. The electric motor then converts the forward momentum into
electricity. If the driver shifts the transmission into the B mode, recuperation and braking
torque increase. And when the compact SUV has to “refuel”, the 54-kWh battery can be
recharged to up to 80% state-of-charge in around 30 minutes at a 100 kW DC charging
station. The Mokka Electric has this fast-charging function as standard. In addition to direct
current, Opel drivers can also charge via a wall box or with a cable for the household socket.
Numerous heating systems and technologies from the standard heat pump to the practical
myOpel app, which can be used to program the pre-conditioning by remote control, ensure a
cosy atmosphere right from the start, especially during the colder months of the year.
The Mokka Electric is part of Opel’s electric offensive, it being one of twelve electrified Opel
models already available today, including a range of light commercial vehicles. By 2024, the
manufacturer will also offer every model in an electrified version. And by 2028, Opel will
become an all-electric brand in Europe.