New Mercedes-Benz Actros brings the outside in 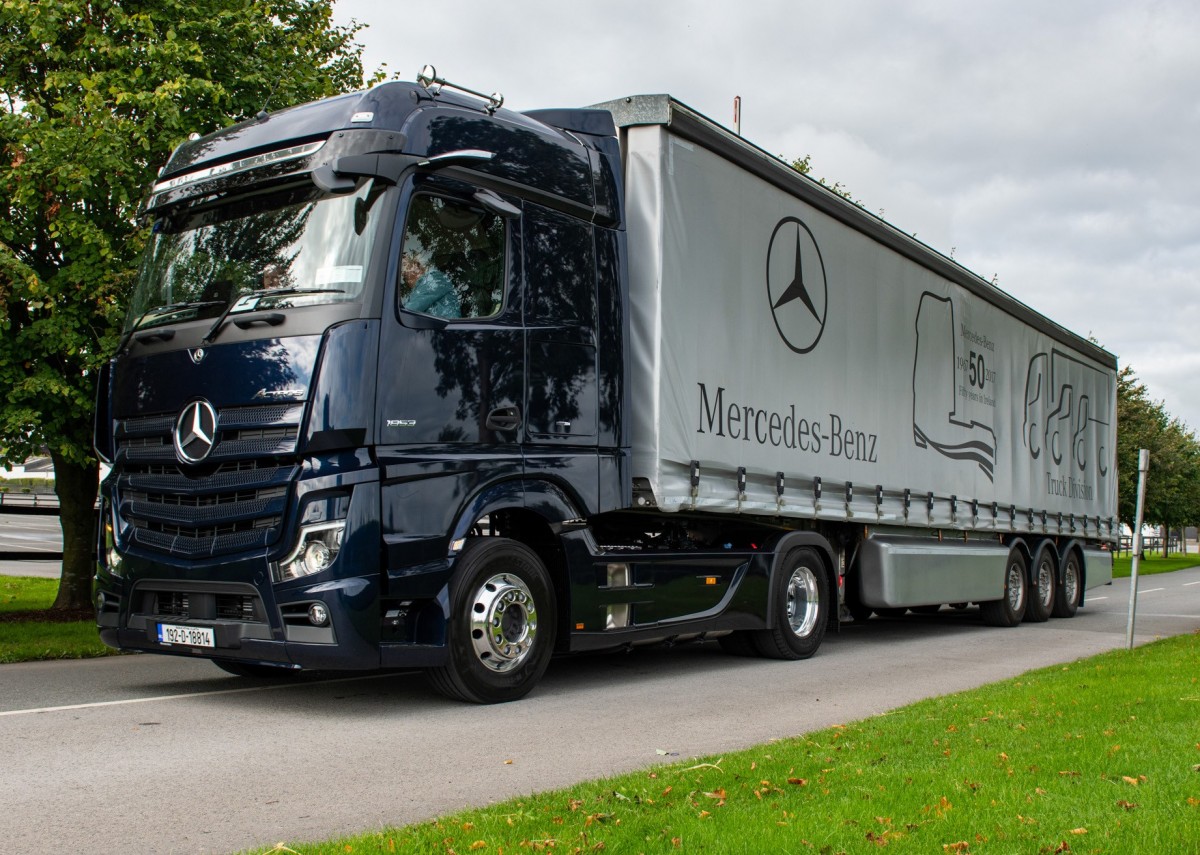 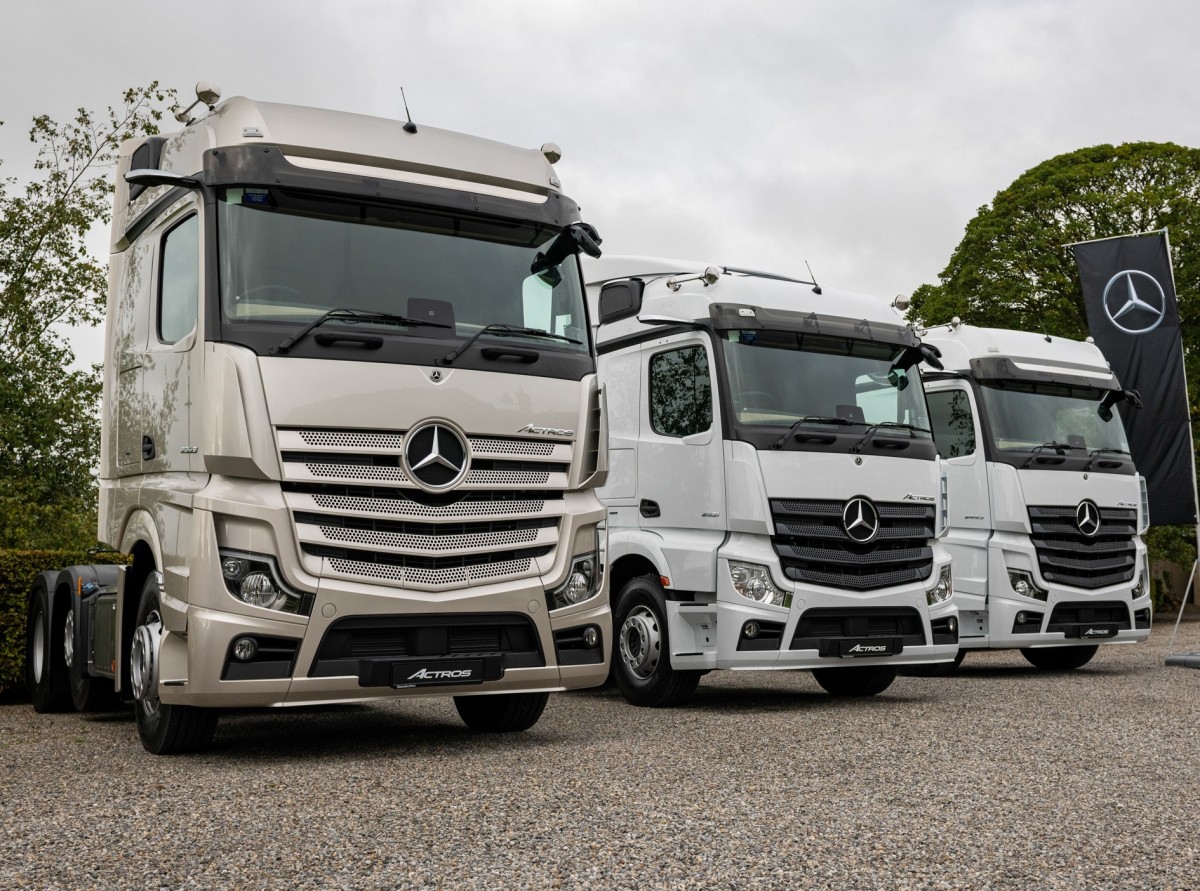 Big, imposing, formidable – the adjectives could almost fill the trailer unit on a current heavy Goods Vehicle, (HGV), truck or Artic. Grossing some 40tonnes, they are the lifeblood of both our commercial intent and our private demands – everything in our homes, shops and offices arrives courtesy of one of these behemoths, a fact often forgotten by those ignorant of the fact.

New to our highways and byways is the Mercedes-Benz Actros and akin to all modern day heavy-haulers, it is packed with technology to inform and assist the driver on their mega-mileage journeys. It would be all too easy to assume that these road warriors are old-fashioned and unrefined, this latest Actros blowing that notion to the stratosphere, its offerings on a par and in some aspects beyond anything available to those driving less elevated machinery.

Blind spots and HGV’s have been bed-mates for decades, with the accumulation of mirrors on each a very indication of how serious the issue is. Mercedes-Benz have been very innovation in tackling the blight of the blind-spot with the introduction of their MirrorCam, a new televisual system that replaces both outside mirrors by projecting live pictures captured on two rearward-facing external cameras, positioned on the left- and right-hand side of the roof frame.

These pictures are then projected in real time on to two screens mounted in full view of the driver on the A pillars inside the cab. As the truck manoeuvres, both cameras will pivot accordingly thereby allowing the driver to observe the sides and the end of the truck at all times.

Billed as a ‘revolutionary’ safety feature, the system is said to greatly reduce the risk of an accident by offering better protection and safety to cyclists and pedestrians, by eliminating almost all driver blind spots, and by assisting them in key everyday tasks such as cornering, lane changing and reversing.

The streamlined cameras have the additional benefits of reducing fuel consumption, due to improved aerodynamics, whilst improving visibility through the side door windows. Special distance lines also assist drivers to better estimate following traffic and in manoeuvring, cornering or changing lanes.

Climbing into the new Multimedia Cockpit of the Actros, you are faced with two large dash-mounted screens that have replaced the conventional instrument cluster, delivering the driver touchscreen access to information, navigation and other control functions.

The new Actros also has the capability to monitor and feedback data on the truck’s performance in real time. One touchscreen facilitates the operation of a new navigation system and apps from the Mercedes-Benz Truck App Portal.

Active Drive Assist is an optional feature, which delivers partial automated driving that in all speed ranges by orienting itself by a camera that monitors markings on the road. Though viewed only as an assistance system, it does not relieve drivers of their permanent responsibility for what the vehicle does in traffic.

Active Brake Assist 5 on the new Actros feature is a new generation of the emergency braking assist system. Seen only as a driver assistance system, Active Brake Assist 5 is better able to respond thanks to a combination of radar and camera systems, giving important support when the risk of a collision arises. The driver continues to have full responsibility for driving the vehicle safely, its automatic maximum full-stop braking is just one of the benefits it brings.

The new Actros also gets the latest generation of Predictive Powertrain Control. This system works to reducefuel consumption even further thanks to its expanded cruise control and inter urban control systems – with some models also equipped with new fuel-saving rear axle ratios.

Commenting on the new Actros, Fergus Conheady, Sales Manager for Mercedes-Benz commercial vehicles in Ireland, said: “Whilst retaining all of the operational excellence that have made successive Actros models the truck-of-choice for so many, this latest version represents a giant leap forward in terms of innovation and its application of latest technology. In essence, the new Actros embodies the sum of all that has been required by drivers and owners alike. In matters of safety and effectiveness of operation, driver comfort, economy, operational monitoring, and base-to-truck communications – and in terms of its design and appearance – it is the most interactive Actros ever,” he concluded. 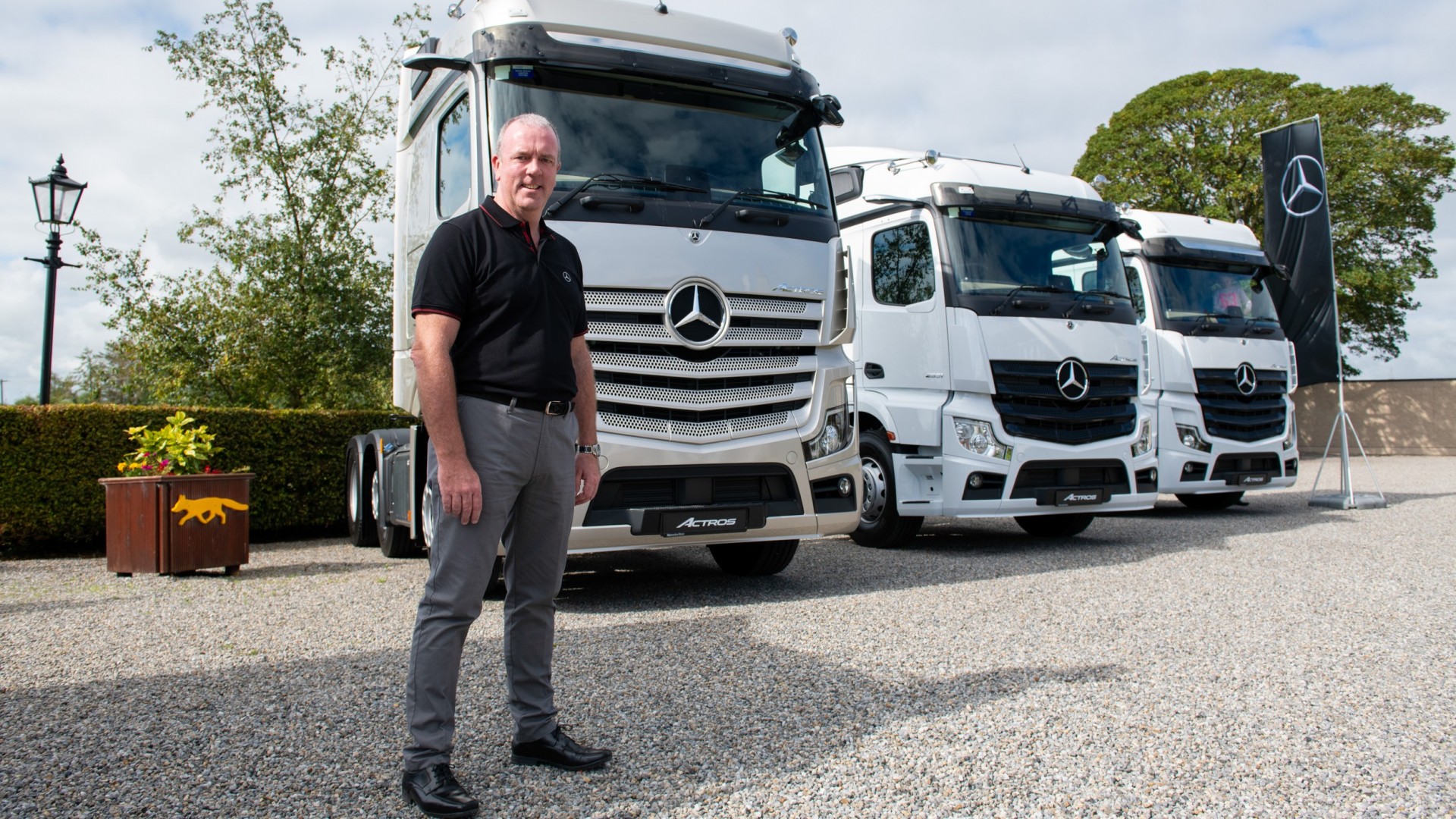