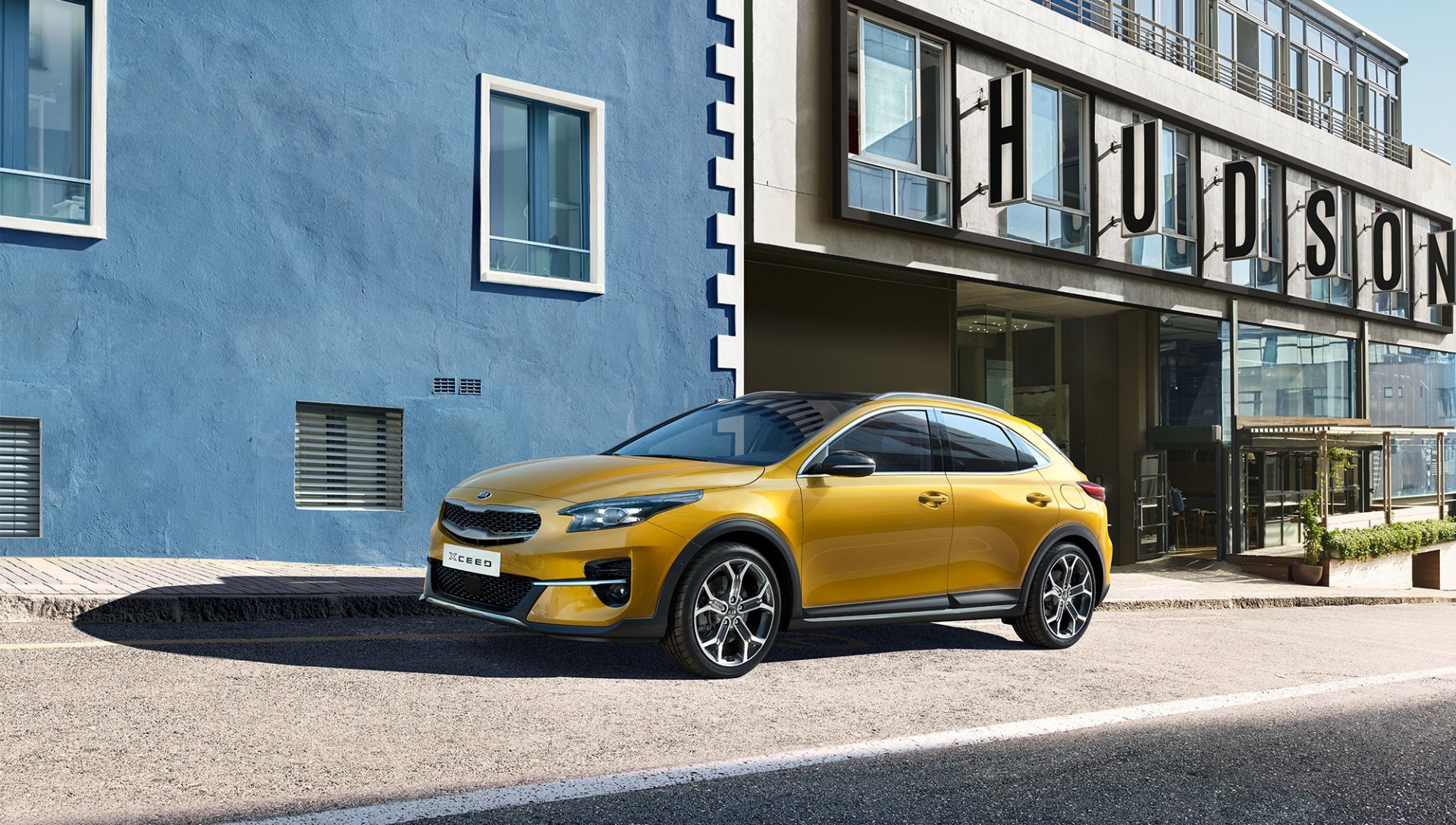 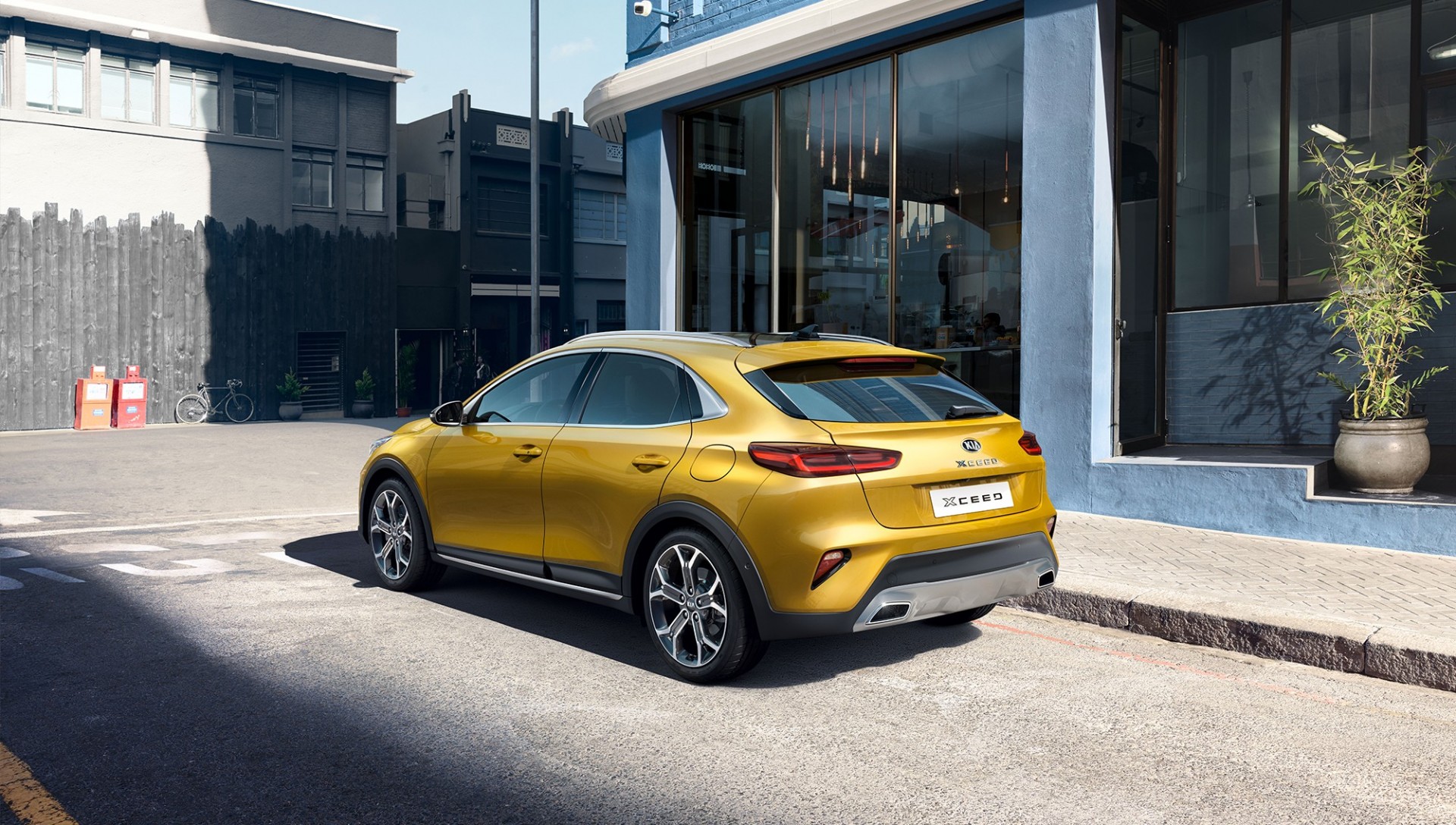 Kia’s new XCeed is a new urban crossover utility vehicle (CUV) that sits directly between the Ceed five-door hatchback and the Kia Sportage. It enters Europe’s second largest class, the C-segment, and seeks to be a sporty alternative to traditional SUVs, with a comfortable, assured ride, while providing a commanding view of the road ahead as is currently the choice for many Irish drivers.

Created exclusively for Europe, deliveries of the Kia XCeed will commence later in the third quarter of 2019.

The Kia XCeed urban crossover will be manufactured at the brand’s European production facility in Zilina, Slovakia alongside the Ceed five-door hatchback, Ceed Sportswagon, and ProCeed five-door shooting brake. Due on-sale across Europe in the third quarter of 2019, the newest member of the Ceed model family will be sold as standard with Kia’s 7-Year, 150,000-kilometre warranty.

The XCeed comes with a suite of advanced safety, connectivity and infotainment features and is powered by a range of fast-revving, turbocharged engines.

Boot space is 426 litres, 31 litres more than the Ceed and with the rear seats folded down, luggage capacity grows to 1,378 litres, the rear seats offering a 40:20:40 split. A Smart Power Tailgate and two-step boot floor that can be moved up or down to provide either more space or a hidden underfloor storage compartment add to its flexibility.

It has a steeply-angled fastback tailgate, and a rear ‘deck’ trailing edge which sits 60 mm higher than that of the Ceed five-door hatchback, and it sits on a choice of 16- or 18-inch machined aluminium alloy wheels, shod with high-grip 205/60 R16 or 235/45 R18 tyres.

It wears a more assertive face, with a more prominent grille and larger lower air intake. The headlamps are newly-designed, with the Ceed’s ‘ice cube’ LED light signature sitting within a more angular shape, topped by a slim turn signal that flows back over the wheel arches.

At the rear, new tail-lights emit a slim, highly-technical LED light signature which, when viewed from certain angles, appears to spear forward into the shoulders of the car. The heavily-creased lines running horizontally across the tailgate and rear bumper give the car a wider, more stable posture.

The new model will be offered in a choice of up to 12 paint finishes, with a vibrant new Quantum Yellow shade that is unique to the CUV within the Ceed range.

Inside, the Kia XCeed carries over the contemporary cabin architecture of its Ceed stablemates, with a sculptured centre console oriented slightly towards the driver. With a lower hip point than a taller SUV, and raised ground clearance over a conventional hatchback, the Kia XCeed provides drivers with a sportier driving position allowing a better view of the road ahead.

A ‘floating’ touchscreen infotainment system stands proud of the dashboard, while the lower portion of the instrument panel provides a set of touch-sensitive buttons, dials and switches to control audio volume, heating and ventilation. Highly ergonomic in its layout and functionality, these controls have been designed to enable drivers to make quick changes to the cabin environment without taking their eyes off the road for any longer than necessary.

The interior is finished in soft-touch materials throughout, with a satin chrome dashboard trim, presenting a refined, upscale ambience. Buyers can choose from a range of cloth, synthetic leather or genuine leather upholstery.

Unique to the Kia XCeed is a new yellow colour pack for the interior, with black upholstery contrasted with vibrant yellow stitching for seats and doors, yellow seat piping, and a blend of gloss black and metallic yellow highlights throughout the cabin.

The Kia XCeed offers the brand’s UVO Connect telematics system, designed to bring driving into the digital era. UVO Connect links drivers to the world around by providing invaluable information via the in-car touchscreen and on their smartphone. Featuring Kia Live services and housed with an optional 10.25-inch TFT LCD widescreen, the system uses its own eSIM card to retrieve and update live data during a drive. This includes live traffic information, weather forecasts, points of interest, and details of potential on- and off-street parking (including price, location and parking availability). The second element of the UVO Connect diagnostic data about owners’ cars and the trips they take, enables drivers to send route directions to their car before a journey, and enables them to check the location of their vehicle at any time.

The optional 10.25-inch touchscreen navigation system features Bluetooth multi-connection as standard, enabling occupants to connect two mobile devices at once, as well as Apple CarPlay and Android Auto. Its advanced split-screen functionality lets users control or monitor numerous vehicle features at the same time, customising the screen to display up to three applications simultaneously, among a series of available widgets. This enables the driver to have a single display (such as navigation) or combine different elements on-screen at the same time. This means the driver can follow navigation directions while passengers choose their favourite songs or check the weather forecast. An 8.0-inch audio display touchscreen system is also available depending on vehicle specification, offering Android Auto, Apple CarPlay and infotainment functionalities.

The Kia XCeed will also be available with a fully-digital 12.3-inch Supervision driver instrument cluster, designed to deliver information as clearly as possible. With a high-definition 1920x720-pixel display, the digital cluster replaces the conventional speedometer and tachometer dials found currently in the brand’s passenger cars. Its single, seamless display incorporates pin-sharp digital dials for vehicle and engine speeds. A multi-function display between the dials displays turn-by-turn navigation instructions, audio information, phone calls and contacts, and in-depth trip information, as well as vehicle diagnostics alerts, and pop-up notifications linked to the car’s various active safety and driver assist technologies. The new 12.3-inch Supervision instrument cluster is available as an option in the new Kia XCeed, depending on market and vehicle specification. It replaces the physical dials and 3.8-inch mono-LCD or 4.2-inch colour TFT LCD screens available with different specifications.

The XCeed CUV is also equipped as standard with Vehicle Stability Management. This aids stability when braking and cornering by controlling the car’s Electronic Stability Control if it detects a loss of traction.

The new Kia XCeed will offer drivers its own suspension tuning and componentry not found in other Ceed models. Despite its elevated ride height, the XCeed promises a more engaging to drive than a typical family SUV due to its bespoke suspension tuning, more compact exterior dimensions, lower centre of gravity and reduced overall mass.

The XCeed features hydraulic rebound stoppers, fitted as standard to the front axle of all models. The rubber bump-stop floats in hydraulic fluid within the shock absorbers, providing a highly compliant ride over poor surfaces. The car has been designed to absorb even large suspension shocks with a smooth and progressive response, preventing the body from bouncing as the suspension settles itself after rapid compression. It also contributes towards more responsive steering and improved overall body control, while reducing noise from the suspension over bumps.

The Kia XCeed is also available with a choice of two Smartstream power units, the 1.6-litre Smartstream engine offered with either 115ps or 136ps.

As with other models in the brand’s product portfolio, low-emissions electrified powertrains, including 48V mild hybrid and plug-in hybrid options, will be launched into the Kia XCeed range later in early 2020.