Ford’s new one-tonne Transit Custom commercial hopes to build on the success of the outgoing model, which became the top-selling van in its segment across Europe since 2015. 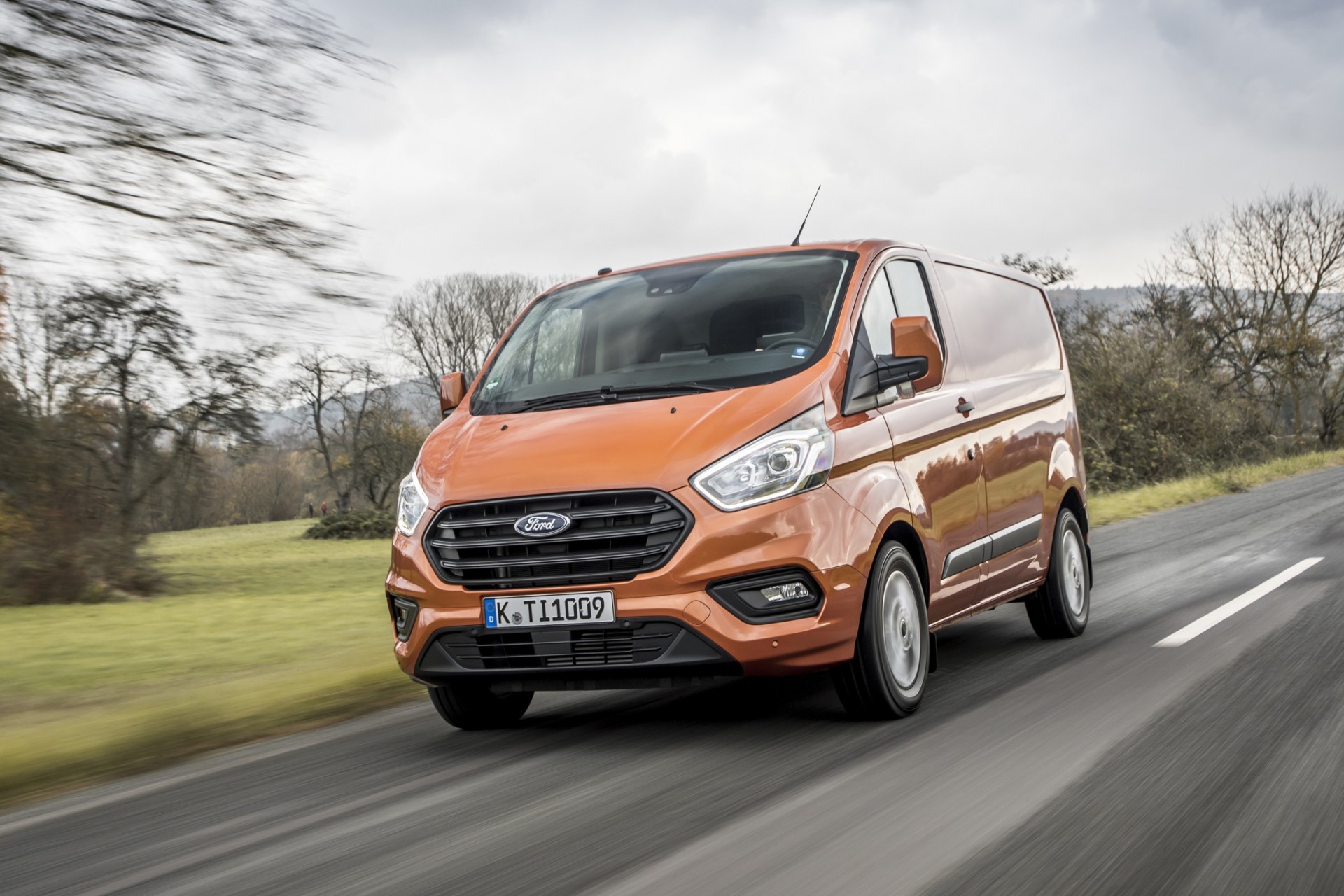 Introduced in late 2012, Transit Custom was the first of Ford’s expanded all-new Transit line-up to go on sale – later joined by the Transit Courier, Transit Connect and Transit models.

Internally, loadspace features such as the load-through hatch in the bulkhead for extra-long items, and the integrated roof rack that can be folded away when not in use.

"Transit Custom has been a runaway success since it was introduced, and this new version raises the game once more,” said Ciarán McMahon, Chairman and Managing Director, Ford Ireland. “We have listened carefully to our customers and delivered a one-tonne van that is even more stylish, even more productive, and packed with smart features.”

This new generation Transit Custom sets the scene for Ford’s next major commercial vehicle innovation, with the introduction of the zero-emission capable Plug-in Hybrid (PHEV) derivative, scheduled to begin volume production in 2019.

The Transit Custom PHEV utilises a hybrid system that targets a zero-emission range exceeding 50 kilometres (31 miles), and features Ford’s EcoBoost 1.0-litre petrol engine as a range extender. The hybrid electric van will begin trials with fleet customers in London from December this year.

The new Transit Custom is powered by Ford’s 2.0litre EcoBlue diesel engine that was introduced to the range during 2016. It comes with a choice of 105PS, 130PS and 170PS power ratings.

Dynamic styling and cabin for the perfect mobile office

A new cabin interior, with an instrument panel based on Ford’s all-new Fiesta – which offers a very un-van-like layout that allows consumer interactions with smart devices and tablets.

The work emphasis of the new Custom is catered for by hard wearing materials, which are fresh and functional, with practical touches designed for drivers who treat the cabin like a mobile office during long working hours in their vehicle.

The new design provides copious interior stowage, with up to 25 litres of space offered in the instrument panel alone, including three convenient open bins on its upper surface with space for clipboards or mobile devices, and generous glove box stowage capable of storing hanging A4 files in the lower closed compartment.

Further new practical features include a fold-out cup holder beneath the gear lever, adding to the cup holders and 2-litre bottle holders at each end of the instrument panel. The door panels have also been completely redesigned for improved stowage and usability, with three large stowage spaces and a practical new grab handle integrated with the decorative door trim.

For the driver, all-new displays and control panels have been designed for enhanced ergonomics and ease of use, and high-series models feature a floating, tablet-inspired 8-inch colour touchscreen with Ford’s SYNC 3 communications and entertainment system that can be operated with pinch and swipe gestures.

SYNC 3 will enable Transit Custom drivers to control audio, navigation and connected smartphones using simple, conversational voice commands. Simply by pushing a button and saying “I need fuel”, “I need a coffee”, or “find an address”, drivers can locate nearby fuel stations, cafés, or the location of their next job. The system is compatible with Apple CarPlay and Android Auto.

For vehicles not equipped with 8-inch or 4-inch displays, the MyFord Dock in the centre of the instrument panel provides the ideal location for drivers to mount, store and charge their smartphone, MP3 player or satellite navigation system. USB and 12-volt power sockets are located in the upper stowage bin in front of the driver, and alongside the gear lever, for easy device charging.

The new Transit Custom introduces a range of advanced new driver assistance features that share technologies found on Ford’s latest passenger cars, and utilise sophisticated sensors, radars and cameras to provide information about the driving environment around the vehicle.

The Blind Spot Information System uses rear-facing radar sensors to detect when passing vehicles may have entered or are approaching the blind spot zone, and alerts the driver with a warning light in the corresponding door mirror. The Transit Custom introduces a new Variable Rear Range feature, which provides drivers with an earlier warning if it detects that the passing vehicle is approaching with a higher closing speed. The new model also has the latest generation sensors, with increased range and improved capabilities that include the ability to detect motorcycles.

Cross Traffic Alert uses the same sensors to warn drivers reversing out of a parking space of vehicles or bicycles that may soon be crossing behind them, alerting them with an audible warning, a message in the instrument cluster, and a warning light in the door mirror. Activated when drivers select reverse gear, the system is ideal for vans that often have restricted visibility to the rear and sides when exiting a parking space.

New Transit Custom also brings enhanced capabilities to the Pre-Collision Assist with Pedestrian Detection emergency braking system introduced to the model in 2016. Equipped with the latest radar and camera technologies as fitted to the all-new Fiesta passenger car, the system is now even capable of detecting pedestrians at night when they are illuminated by the vehicle’s headlamps.

Customers can also specify a new Upfitter Interface Module, which allows aftermarket conversions and accessories to access data from the vehicle’s electrical systems, so that they can be operated and controlled more efficiently using real-time vehicle data.

New Transit Custom in Ireland will be available in four series (Van and Double Cab-In-Van): Base; Trend; Limited; and Sport Van. Specification details are as follows: