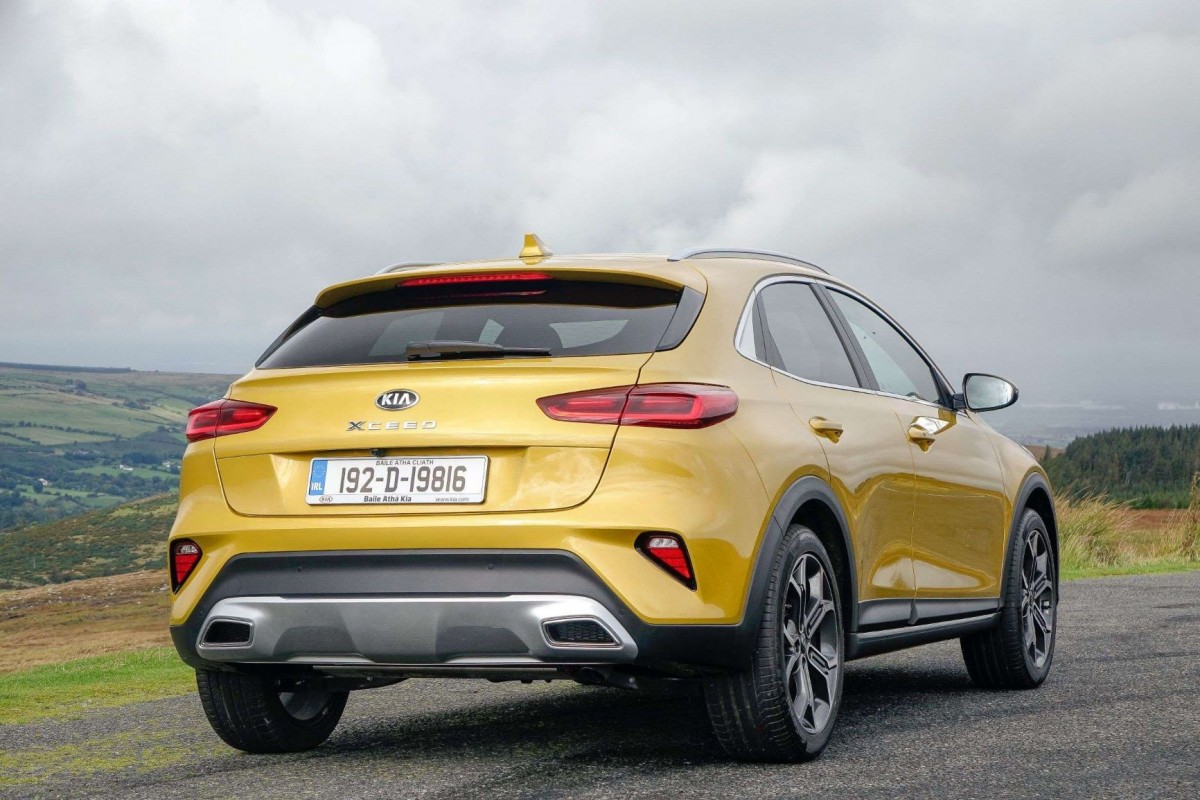 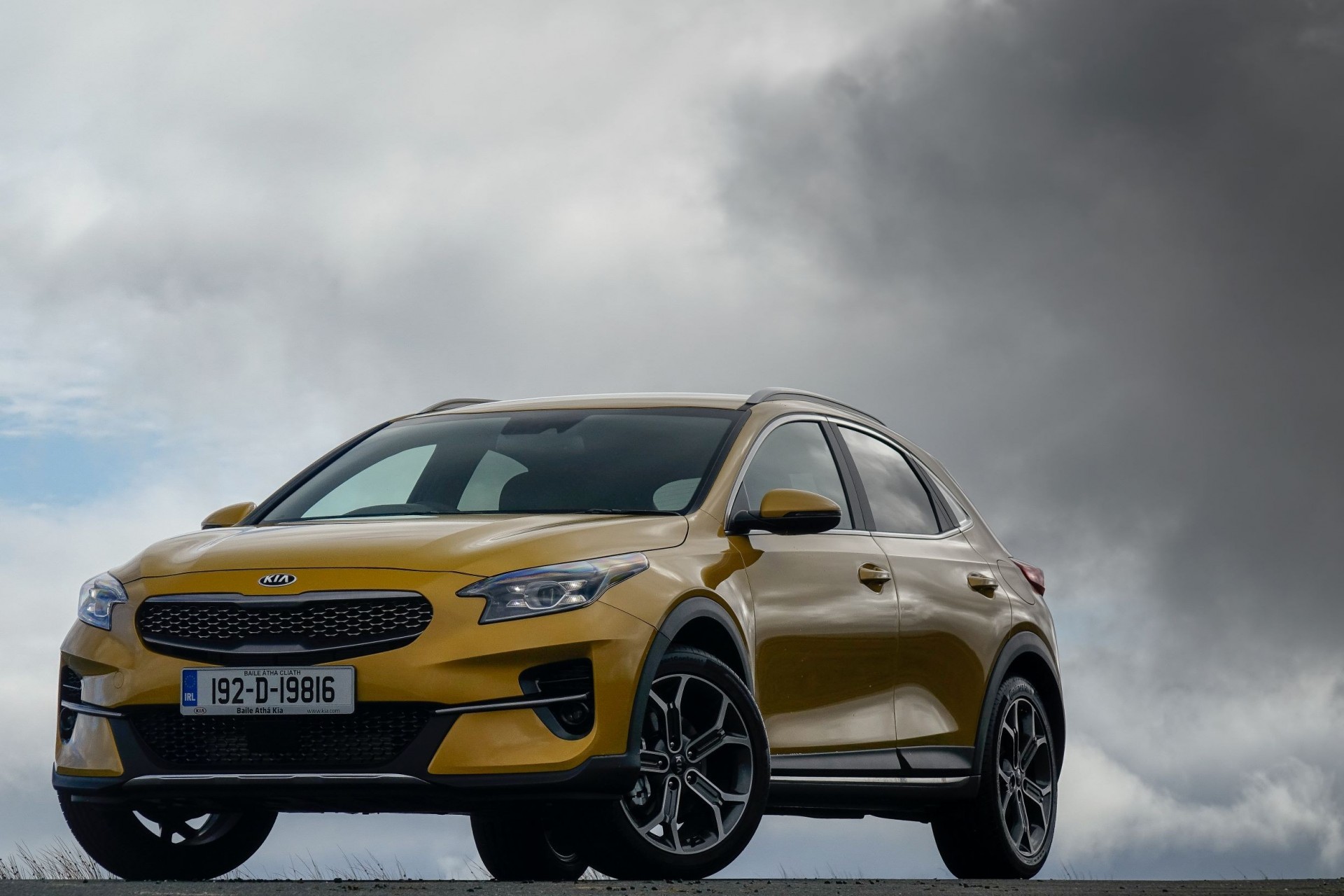 Kia new urban crossover utility vehicle (CUV), the XCeed is now on sale in Ireland. Offering a sporty alternative to traditional SUVs, the new CUV offers a sporty disposition, plus comparable levels of space for occupants and luggage.

The XCeed comes with a suite of advanced safety, connectivity and infotainment features and is powered by a range of fast-revving, turbocharged engines.

Aidan Doyle,Head of Marketing at Kia Motors Ireland commented: “The Kia XCeed addresses the growing desire for cars which offer more emotion and dynamism than an SUV, both in terms of the way a car looks and drives. Yet these customers don’t want to lose the practicality that a larger car offers them. Our new CUV meets these needs, with a distinctive and modern design wrapped around a spacious, versatile body. Merging the strengths of both hatchback and SUV, the Kia XCeed offers a refreshing and different alternative for Irish motorists .”

The Kia XCeed urban crossover will be manufactured at the brand’s European production facility in Zilina, Slovakia alongside the Ceed five-door hatchback, Ceed Sportswagon, and ProCeed five-door shooting brake.

Kia Motors Ireland will initially offer xCeed in three trim levels (K2,K3 and K4) and two power units – one litre petrol and 1.6 litre diesel . Other power units may follow based on customer demand. Also in the pipeline will be a PHEV expected to arrive in Ireland in late January .

The K3 (1.0 €28,145) adds additional features including, 18” Alloys, 10.25 inch touch-screen with Sat Nav/Tom Tom and rear-view camera, Half Leather Upholstery and Electronic Parking Brake and wireless phone charger. The K3 will also be available with a 115 PS diesel engine .Indicative pricing for this model will be €31,000 (TBC) .

Pricing and specifations for xCeed PHEV will be announced closer to start of sales .

This new Kia XCeed offer itself as a sporty alternative to traditional SUVs. A product of the brand’s European design centre in Frankfurt, Germany, the creation of the Kia XCeed has taken place under the direction of Gregory Guillaume, Vice President of Design for Kia Motors Europe.

“When we came to designing the new Ceed range as a whole, we didn’t have a brief to design a crossover,” explains Guillaume. “But as we developed designs for other models in the range, we realised a bodystyle like this could capture the emotion and sportiness of the ProCeed, but offer something new at the same time. An urban crossover seemed to embody these values well.”

The new Kia XCeed has a look of its own, with the only body panels carried over from its five-door hatchback sibling being the front doors. The car’s relatively long bonnet flows into the A-pillars anchored aft of the front wheels, lending the car a sporty, swept-back silhouette. The wheelbase remains the same as other models in the Ceed line-up (2,650 mm), the Kia XCeed’s front and rear overhangs are extended over the five-door hatchback model by 25mm at the front (to 905mm) and 60mm at the rear (to 840mm).

The 2019 Kia XCeed’s ground clearance is 172mm, when standing on 16-inch wheels, rising to 184mm on 18-inch wheels, a rise of up to 44mm over the Ceed five-door hatchback. Wheel arch and side sill cladding and silver roof rails lend the car a tougher, SUV-like presence, with the metallic valance in the rear bumper enhancing this effect.

XCeed’s total length is 4,395mm, it is 85mm longer than the Ceed five-door hatchback and 90mm more compact than the Sportage. Coming with a maximum roof height of 1,495mm, it stands 48mm above the Ceed and 150mm below the Sportage.

No surprise, this new Kia XCeed carries over the contemporary cabin architecture of its Ceed stablemates, with a sculptured centre console oriented slightly towards the driver. The Kia XCeed is designed to achieve the cabin and storage space of an SUV in a sportier body with a more compact footprint.

Based on the Ceed and sitting directly between the Ceed five-door hatchback and the Kia Sportage, this 2019 Kia XCeed’s hip point for each seat is raised by up to 44mm over the Ceed, the half-moon-shaped glass area and fastback roofline provide rear passengers with a brighter, airier ambience and more headroom than other rivals in the compact crossover class.

Luggage capacity for the Kia XCeed is rated at 426 litres (VDA), 31 litres more than the Ceed.

Its advanced split-screen functionality lets users control or monitor numerous vehicle features at the same time, customising the screen to display up to three applications simultaneously, among a series of available widgets. This enables the driver to have a single display (such as navigation) or combine different elements on-screen at the same time. This means the driver can follow navigation directions while passengers choose their favourite songs or check the weather forecast

As with every Kia car sold in Europe, the CUV is equipped as standard with Vehicle Stability Management. This aids stability when braking and cornering by controlling the car’s Electronic Stability Control if it detects a loss of traction.

The new Kia XCeed promises drivers a unique ride and handling character, with its own suspension tuning and componentry not found in other Ceed models. Despite its elevated ride height, the XCeed should be more engaging to drive than a typical family SUV due to its bespoke suspension tuning, more compact exterior dimensions, lower centre of gravity and reduced overall mass.

The hardware of the new model’s fully-independent suspension remains identical to that of the Ceed hatchback, ProCeed shooting brake and Ceed Sportswagon. With ground clearance elevated by up to 44mm over the standard Ceed (depending on wheel size), Kia’s engineers have softened the front and rear spring rates by up to 7% and 4% respectively, depending on the weight of different engines over the front axle. This delivers greater comfort and stability in all conditions. Cruising comfort is also enhanced by the adoption of a new dynamic damper for the rear cross-member, further quelling road noise and structural vibrations.

The Kia XCeed is also available with a choice of two Smartstream power units – the cleanest diesel engines ever produced by the brand, and the most fuel efficient in the range. The 1.6-litre Smartstream engine is offered with either 115ps or 136ps. In Ireland again the initial product offer will be the 115ps variant

A low-emissions plug-in hybrid powertrain will be launched into the Kia XCeed range in early 2020, combining an 8.9 kWh lithium-polymer battery pack, a 44.5 kW electric motor, and a 1.6-litre ‘Kappa’ four-cylinder GDI engine. Paired with a six-speed double-clutch transmission (6DCT), the powertrain transmits up to 141ps and 265Nm to the front wheels. 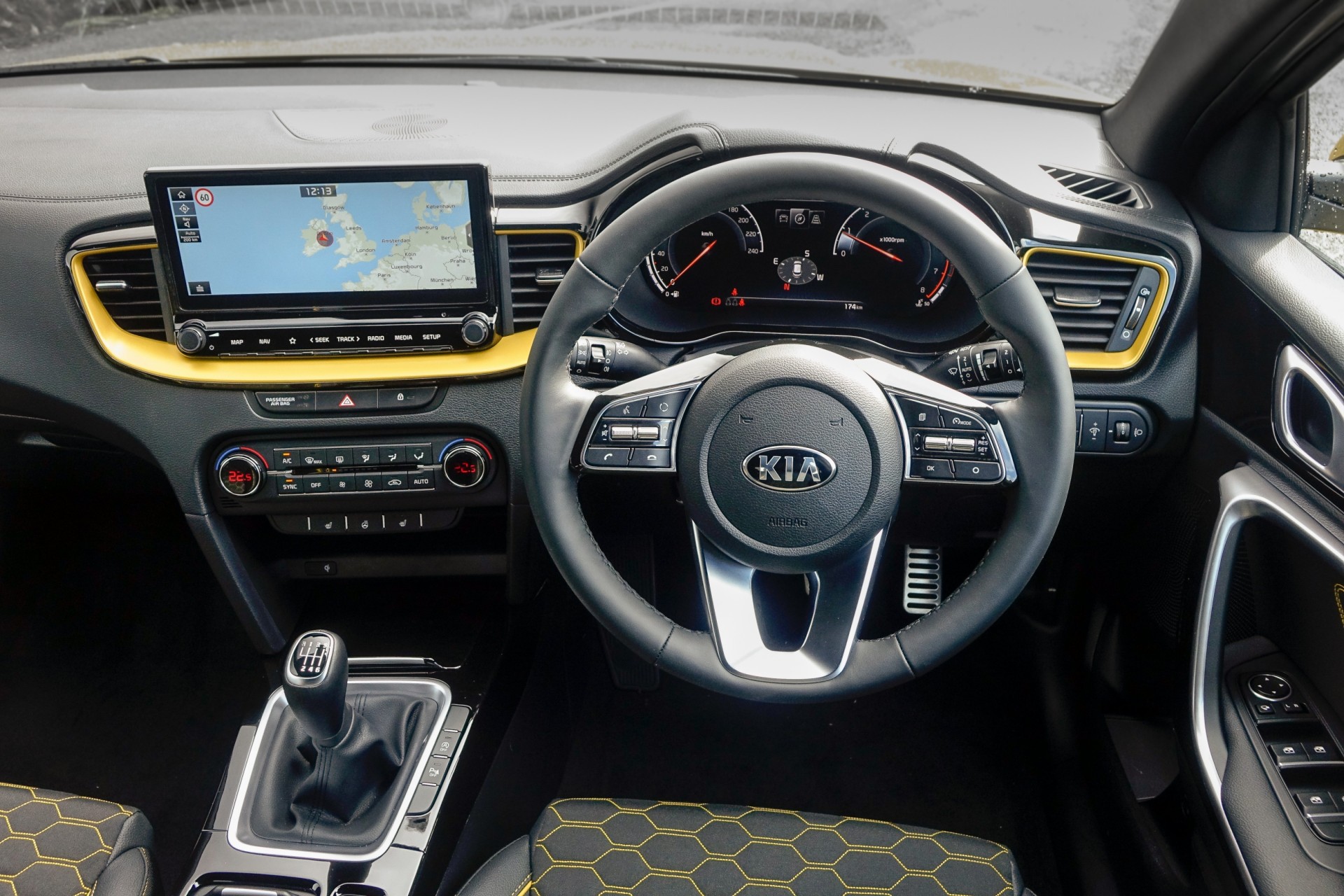