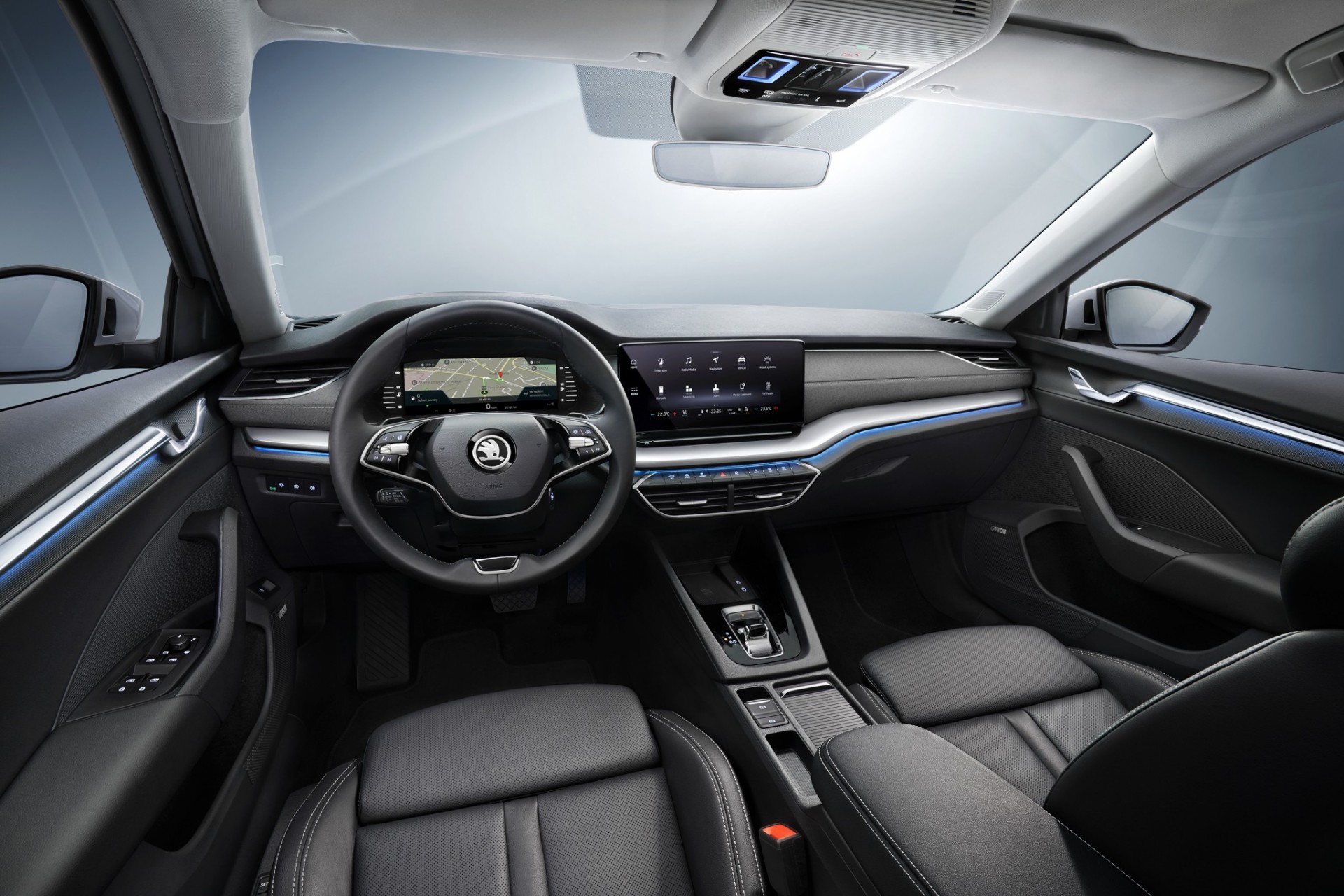 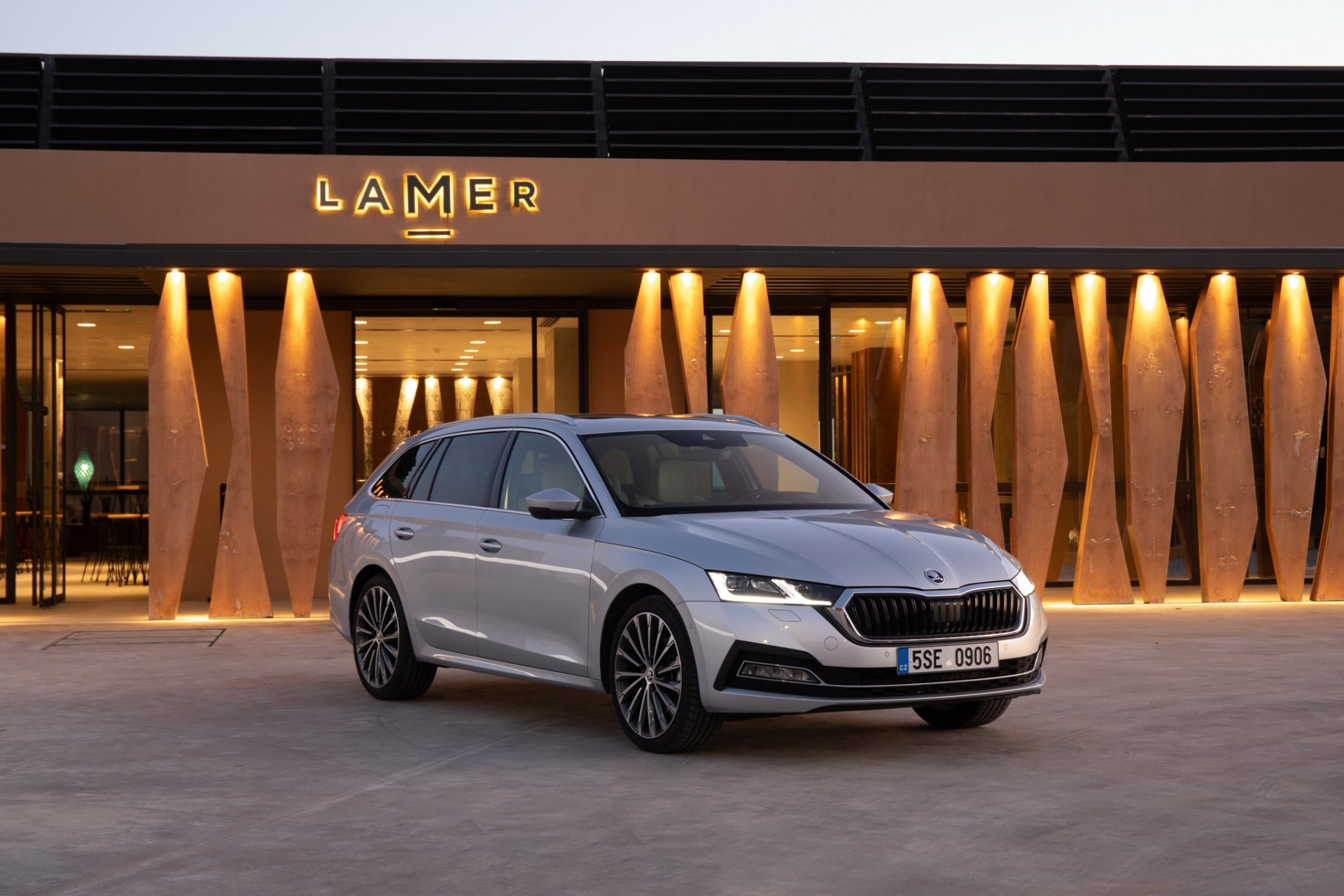 Sixty years after the production of the first Octavia in 1959, the Škoda Octavia first appeared in 1998 and with this latest fourth generation, promises to be better, more spacious, safer and more connected than ever. It will be available in Ireland from June 8th, 2020, with specifications yet to be finalised. With current customer demand for higher specification models, Škoda is expected to discontinue the entry Active version and offer Ambition and Style specifications from launch.

Prices have yet to be confirmed but are estimated to start at just under €29,000 for the hatchback 2.0 TDI 115bhp Ambition version.

The 2020 Octavia is longer and wider than its predecessor, has a larger boot and new interior functionality, with high-quality materials and clever details. Innovative connectivity and new assistance systems raise comfort and safety to an even higher level.

Škoda Auto CEO, Bernhard Maier, said, “For Škoda, the Octavia is of immense importance. That’s why we’ve completely redeveloped this car. The outcome is the best Octavia of all time – it is even more spacious, practical and even safer than ever before. By unveiling its latest generation just in time for its 60th anniversary, we have taken a major step forward. The Octavia has significantly contributed to the positive development of the company and the brand. Over the last six decades. I am very confident that the new generation will play its part in maintaining this positive development.”

Škoda Ireland Head of Marketing Raymond Leddy commented, “The Octavia has established itself as an icon of Irish motoring, a firm favourite from Malin to Mizen, with families and fleets alike.” There are still around 56,000 Octavia cars on Irish roads today and nearly 19,000 of these have been bought since 2015 and with this new model, we will see the car straddle a number of segments, potentially worrying some more traditionally executive-segment rivals."

The new interior of the 2020 Octavia gets a new two-spoke steering wheel, heated as an option and also optionally comes with new control buttons and knurled scroll wheels, allowing drivers to operate a total of 14 different functions without removing their hands.

The dashboard, which has also been redesigned, is modular and has been arranged in different levels, featuring a large, free-standing central display. The centre console is uncluttered and adorned with chrome details, as are the new door trims and handles.

New and soft-touch materials lend the interior a premium look, while the new LED ambient lighting provides a special visual touch for the front doors and dashboard by indirectly illuminating them in a choice of ten different colours – even in a variety of colours if desired. Coordinated lighting scenarios can also be selected. The 4.2-inch, multifunction Maxi DOT 16-colour display comes as standard. Tri-zone Climatronic makes its debut in the Octavia.

The new 2020 Octavia is the first Škoda to use shift-by-wire technology for operating the DSG, which electronically transmits the driver’s gear selection to the transmission. In place of the familiar DSG lever, there is a new control module located in the centre console with a small rocker switch for selecting the drive modes as well as a button for the parking mode.

LED front and rear lights are standard equipment with full-LED matrix headlights available as an option, allowing the driver to leave the high beam on at all times without dazzling other road users. A whole range of new safety systems such as Collision-Avoidance Assist, Turn Assist, Exit Warning and the local Traffic Warning function are also making their debut in the new Octavia.

For the first time, the Octavia line-up includes a plug-in hybrid, called the Octavia iV. Some of the petrol engines are now equipped with mild-hybrid technology, while the diesel engines come from the latest EVO generation and emit up to 80 per cent less nitrogen oxide. The wide range of powertrains delivering anything from 110PS to 204PS.

The eTEC variants fitted with latest EVO-generation 1.0 TSI or 1.5 TSI petrol engines feature mild-hybrid technology when equipped with DSG. Using a 48-volt belt-driven starter motor and a 48-volt lithium-ion battery, it is possible to recover brake energy, support the combustion engine by providing it with an electric boost, and to coast with the engine completely switched off.

The EVO diesel engines apply a new ‘twin dosing’ exhaust gas treatment, where AdBlue® is injected specifically in front of the two catalytic converters that are arranged one after the other.

Dynamic Chassis Control, which is optional, now comes with slider controls within the different driving modes, allowing the driver to change individual parameters such as the suspension, damping and steering characteristics or the operation of the DSG to suit their preferences.

The 1.5 TSI, 150 bhp petrol will be offered initially with the 1.0 TSI versions arriving later. Diesel-wise a 2.0 TDI, 150 bhp with 7-speed DSG transmission will be offered while the familiar 1.6 TDI, 115 bhp diesel engine is expected to make way for a 2.0 TDI variant with the same power output.

The Octavia offers a choice of four infotainment systems from the latest generation with screens measuring from 8.25 to 10 inches. The top-end Columbus 10.25-inch infotainment system is complemented with a Virtual Cockpit digital dashboard display and is offered as standard on Style models as standard. 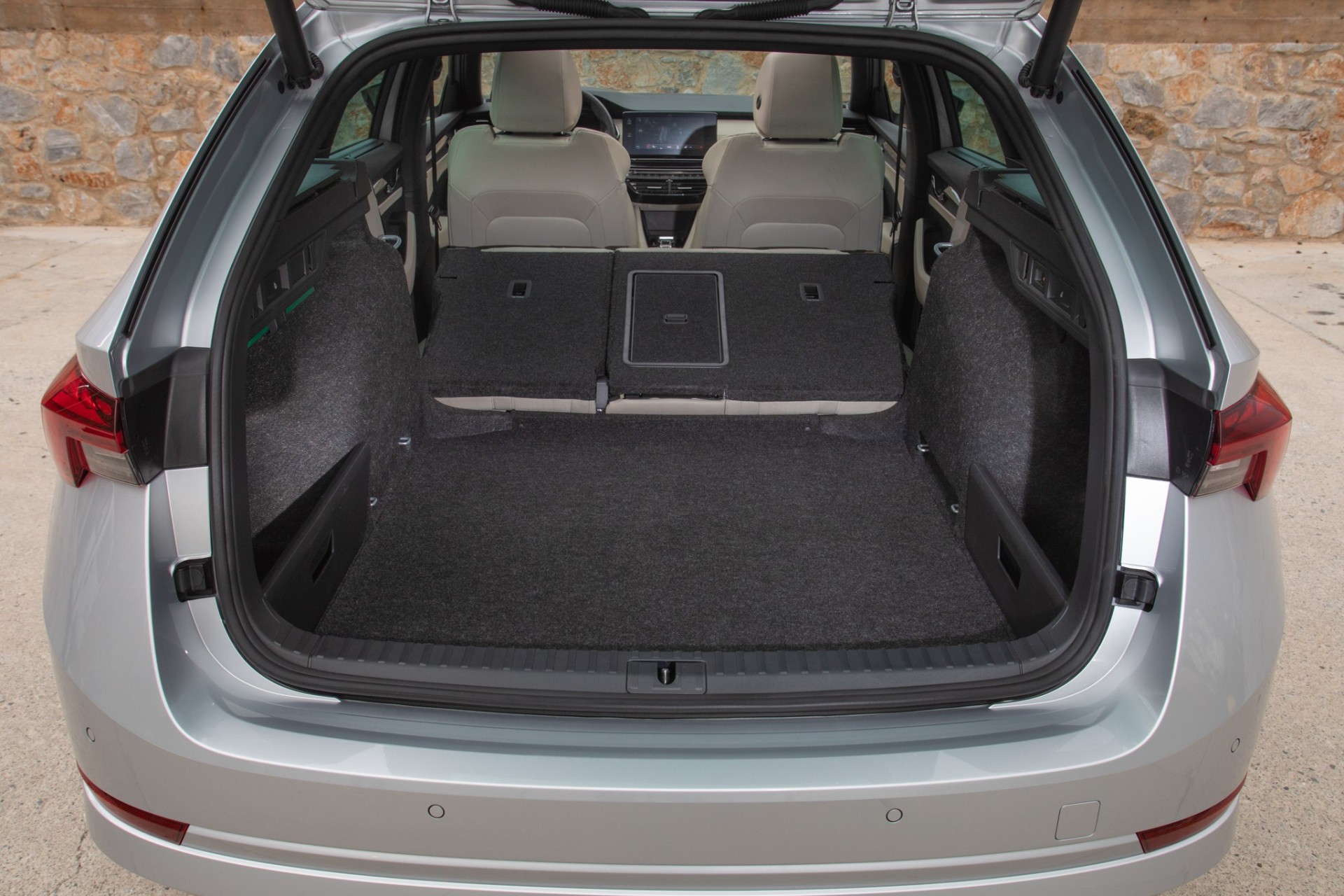 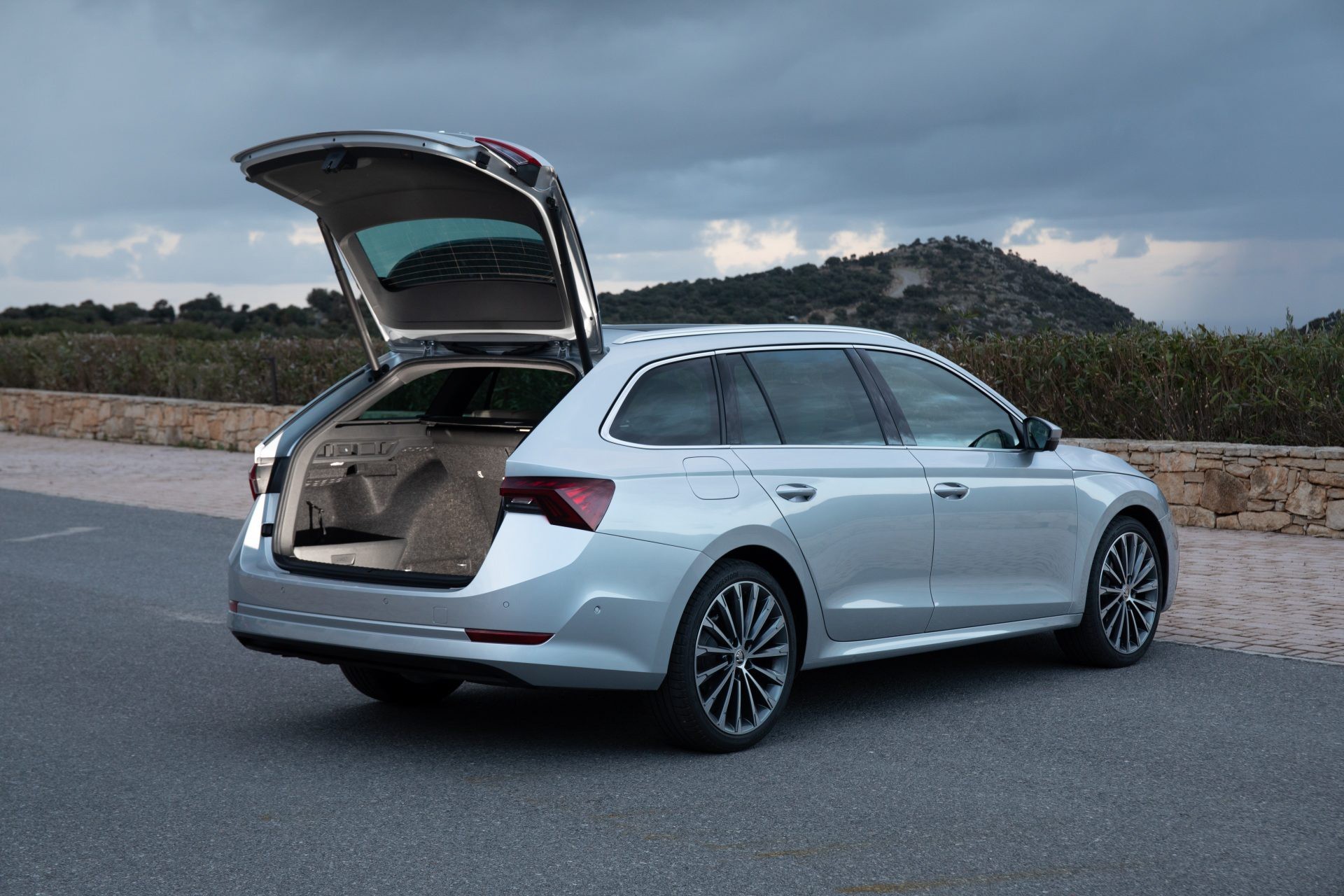 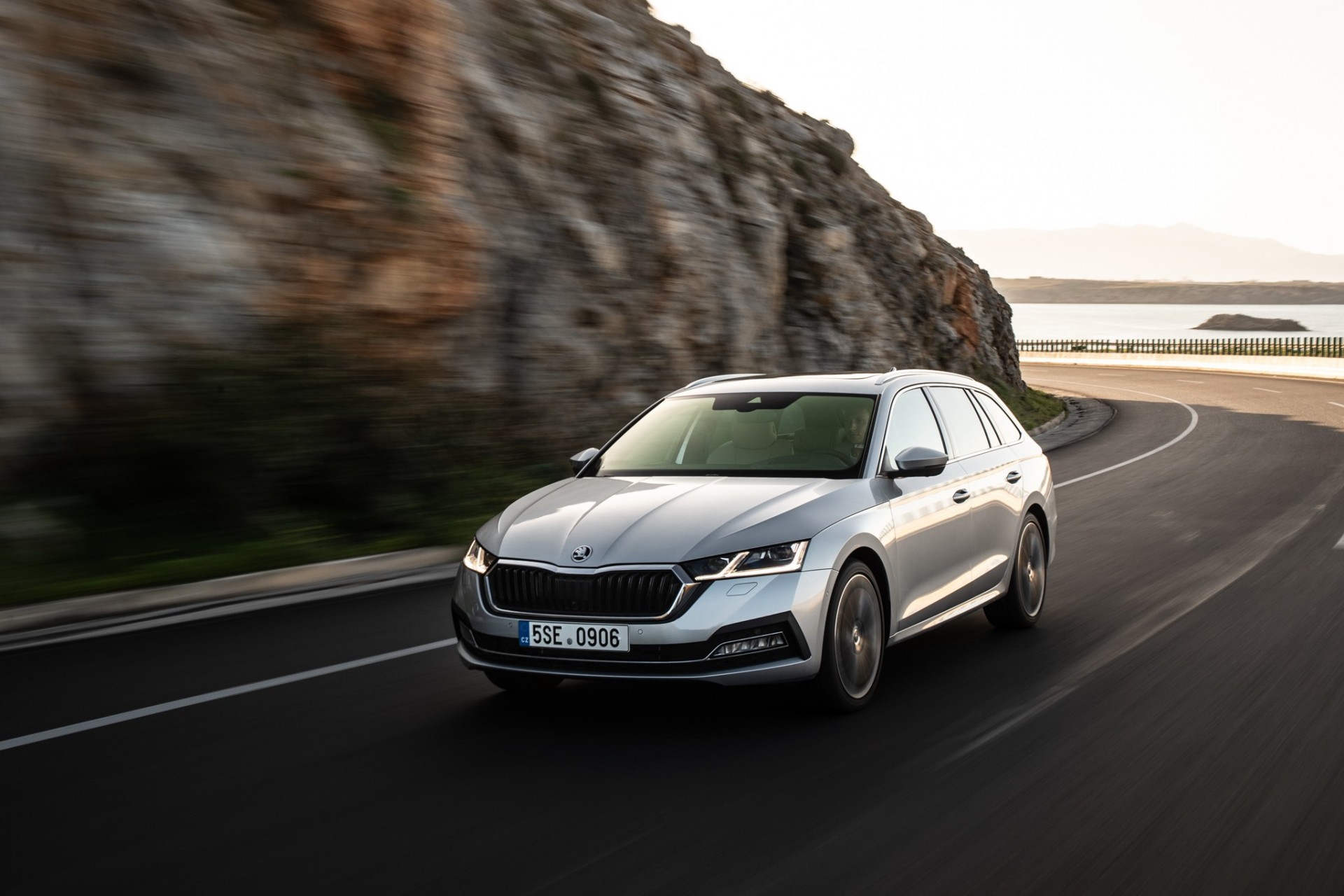