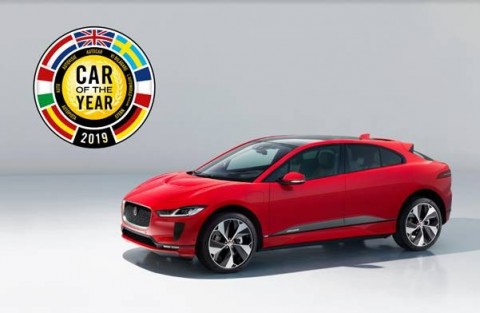 The Jaguar iPace has been announced as the winner of the "Car of the Year" Award 2019, at the Geneva International Motor Show, with Ian Callum, Jaguar Director of Design, receiving the award. The iPace was chosen by 60 automotive journalists from 23 European countries.

The trophy was handed over by jury President and STERN automotive journalist Frank Janssen to Ian Callum, Jaguar Director of Design. Ian Callum was extremely proud of the title: "An electric SUV - that's the future". The Jaguar brand won the award for the first time.