Independent Report Highlights the Huge Challenge Towards the Decarbonisation if Irelands Vehicle Fleet!

INDEPENDENT REPORT HIGHLIGHTS THE HUGE CHALLENGE TOWARDS THE DECARBONISATION

Removing most polluting cars and replacing with EVs equivalent to planting over 1.1 billion trees

Huge investment needed in public charging infrastructure which has fallen behind, 100,000 fast charging points needed in next 8 years – country currently has just 1,900

A key environmental policy to have almost a million electric vehicles (EVs) on the road by 2030 will be a huge challenge unless the Government incentivises and supports dealing with the oldest polluting cars, while exponentially increasing the charging infrastructure nationwide, according to a new report released today by Arup and economist Jim Power on reducing light fleet carbon emissions to achieve Government targets. The independent report which was commissioned for The Society of the Irish Motor Industry (SIMI) stated that in order to deal with this older legacy fleet, help will be required for those with the least economic capacity to make the biggest change. This requires more investment, not just at the top end of the market, to remain fair and equitable if Ireland is to provide all commuters with viable transport options.

According to the report, of equal importance is the urgent need to create a second-hand electric vehicle fleet. The age profile of the national fleet has led to the continued use of older polluting vehicles with 31.1% of vehicles being Euro 4 (pre-2011) or older (700,429 cars). Analysis within the report shows that removal of all these cars and replacing them with EVs would reduce carbon emissions by 875,000 tonnes which is the equivalent of planting over 1.1 billion trees which would almost cover the entirety of Co Clare.

Whilst the Government is leading the way by currently requiring all their fleets to be replaced with electric vehicles, this could be expedited by requiring a turn over every 2 or 3 years. Ireland, which is a right-hand drive market, has a slower and smaller supply chain than most other European markets, with around 120,000 new car sales per annum (pre-Covid-19) and an average car fleet age of 9 years (2021). With the majority of motorists being used vehicle buyers there is currently three times as many used vehicles being sold as new vehicles, with an insignificant second-hand electric vehicle market. The creation of this secondary market can only happen via a vibrant overall new car market.

The report also highlights that The European Commission aims to have 30 million EVs on the road by 2030 and estimates that 3 million public chargers will be needed to support them - by the same measure, Ireland would need 100,000 public chargers, with all new being fast chargers to serve the proposed 1 million EVs here by the same date. Currently there are 1,900 chargers installed at 800 sites across the island of Ireland and with the current number of 47,000 EVs on Irish roads the number of charging points falls far short of the 4,700 realistically needed to serve these.

To achieve this investment in public charging infrastructure, a broader approach is required to include policies on charging at home, as well as diversifying the distribution of fast charge points across the country to ensure charging installations support a complete and robust network across the country. There is scope to integrate private market investment into charging infrastructure to speed up the roll out process and to off-set the capital intensity required to build a wide spread charger network.

Gillian Fanning SIMI President said “The Irish Motor Industry is a key partner of the Irish Government in seeking to reduce carbon emissions from motor vehicles. All stakeholders as outlined in this report have a responsibility to collaborate in delivering charging infrastructure, incentives and education so that consumers who are at the heart of this plan and critical to its success have the confidence to make the change to zero emission vehicles in greater numbers.”

Brian Cooke, Director General SIMI said “With over 2.2 million cars in the national fleet, the journey towards decarbonisation includes all vehicle owners. The Government cannot rely on new Electric Vehicles alone to achieve emission targets. While the new car market will deliver large numbers of Electric Vehicles over the next decade, we must remember that the majority of motorists buy a used car, and for them, particularly those in older cars, their EV journey will be longer. As outlined in the Government’s own plan, we need to deal with the legacy fleet, a fleet that continues to age due to the low levels of new car sales. We need to support all motorists to trade up to newer less polluting cars. This has two clear benefits; it can deliver an immediate reduction in overall emissions; and it can shorten the journey time for all owners into an electric vehicle. In this context, electrifying specific fleet sectors can help in the creation of an affordable strong used EV market, removing the barriers to entry for many, and accelerate the electrification of the Irish car market.”

Terry Lee-Williams, ARUP report’s co-author of the independent report for SIMI said “Confidence of buyers that they can charge their car when they want to will largely determine the speed of consumer adoption, so government must stimulate charger availability ahead of people buying vehicles, until the market matures.”

Economist Jim Power who co-authored said “To sell 945,000 electric and low emitting vehicles by 2030, in line with Government policy is an extremely ambitious target. Ireland is a relatively small right-hand-drive economy and has a slower and smaller supply chain with around 120,000 new car sales per annum (pre-Covid-19) and an average car fleet age of 9 years (2021). The Industry faces numerous challenges global supply chain issues, used car supply scarcity, Brexit disruptions, rising motoring costs. For Ireland to achieve close to the 2030 target both economic and financial fundamentals need to be present. Government support is essential in creating this business environment, through EV grant subsidies, incentives and supporting infrastructure investment which will encourage consumers to take action and expedite sales.” 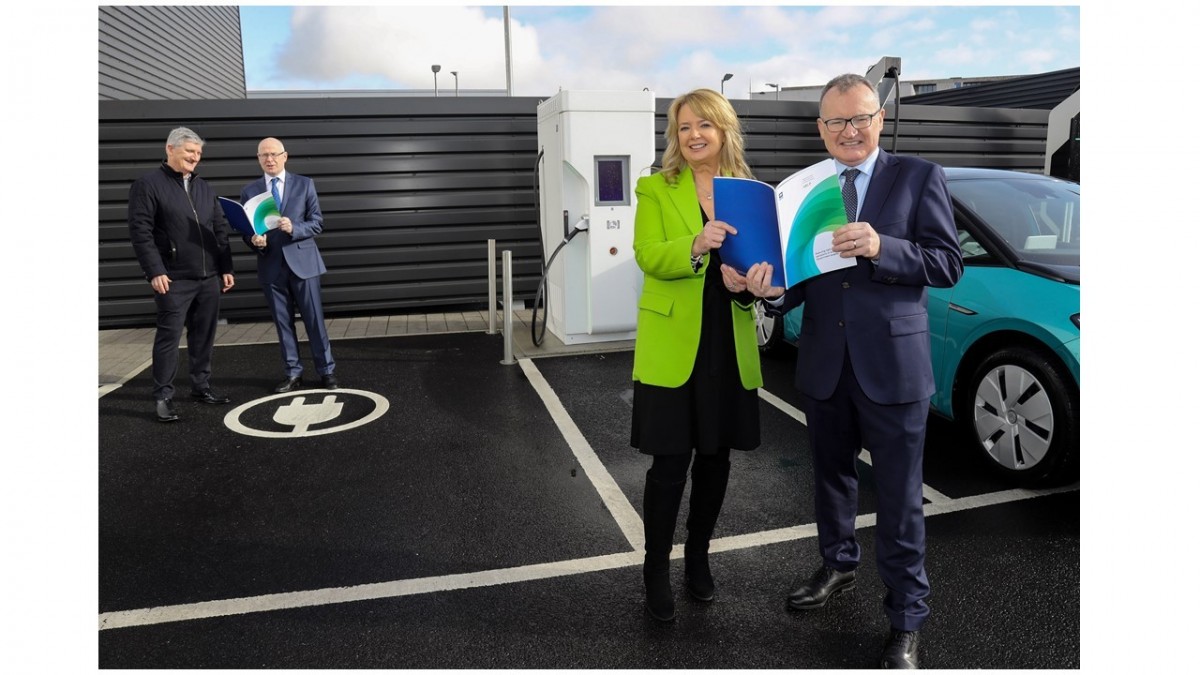