Honda Civic Sedan – a Small Saloon Singing its Own Tune 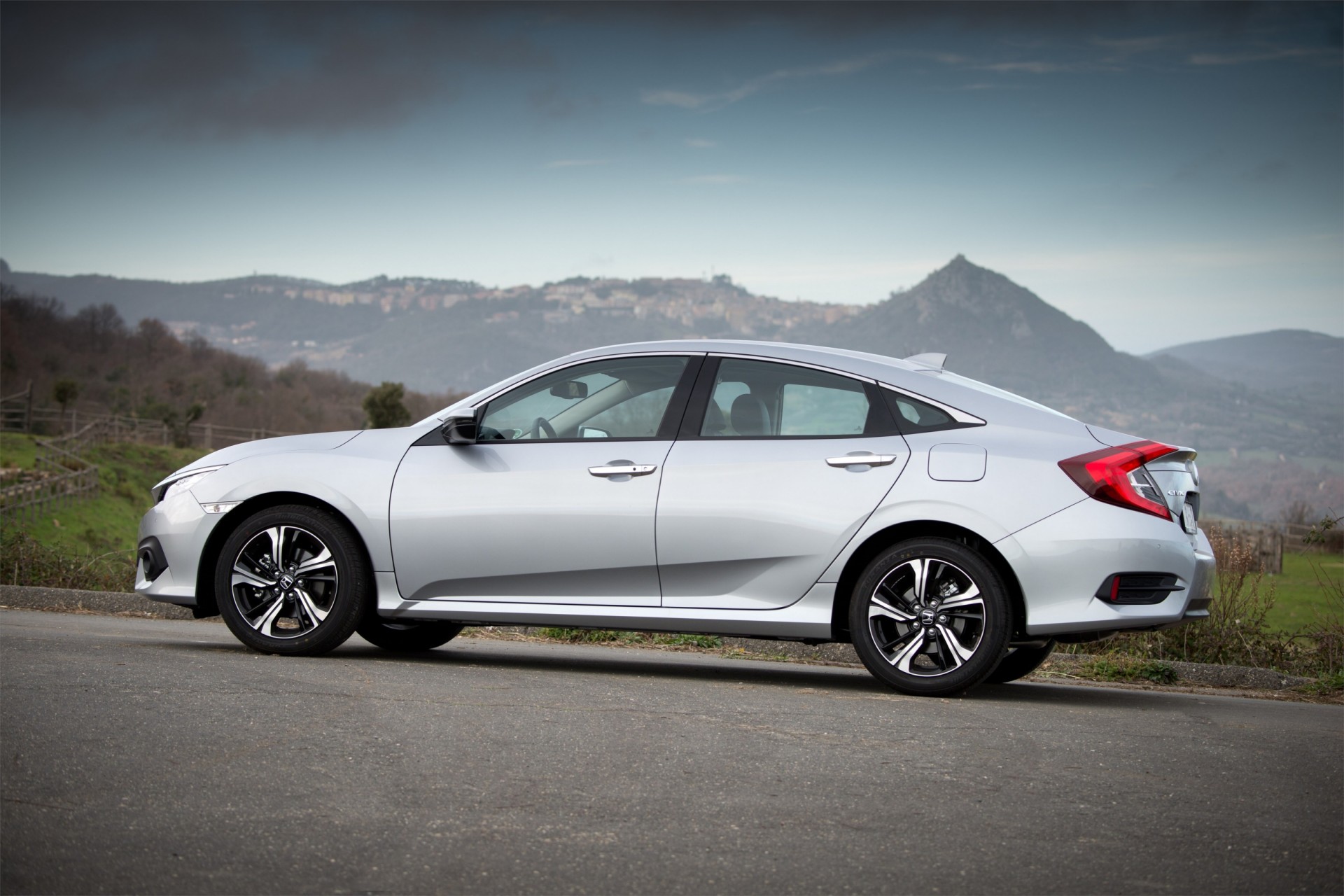 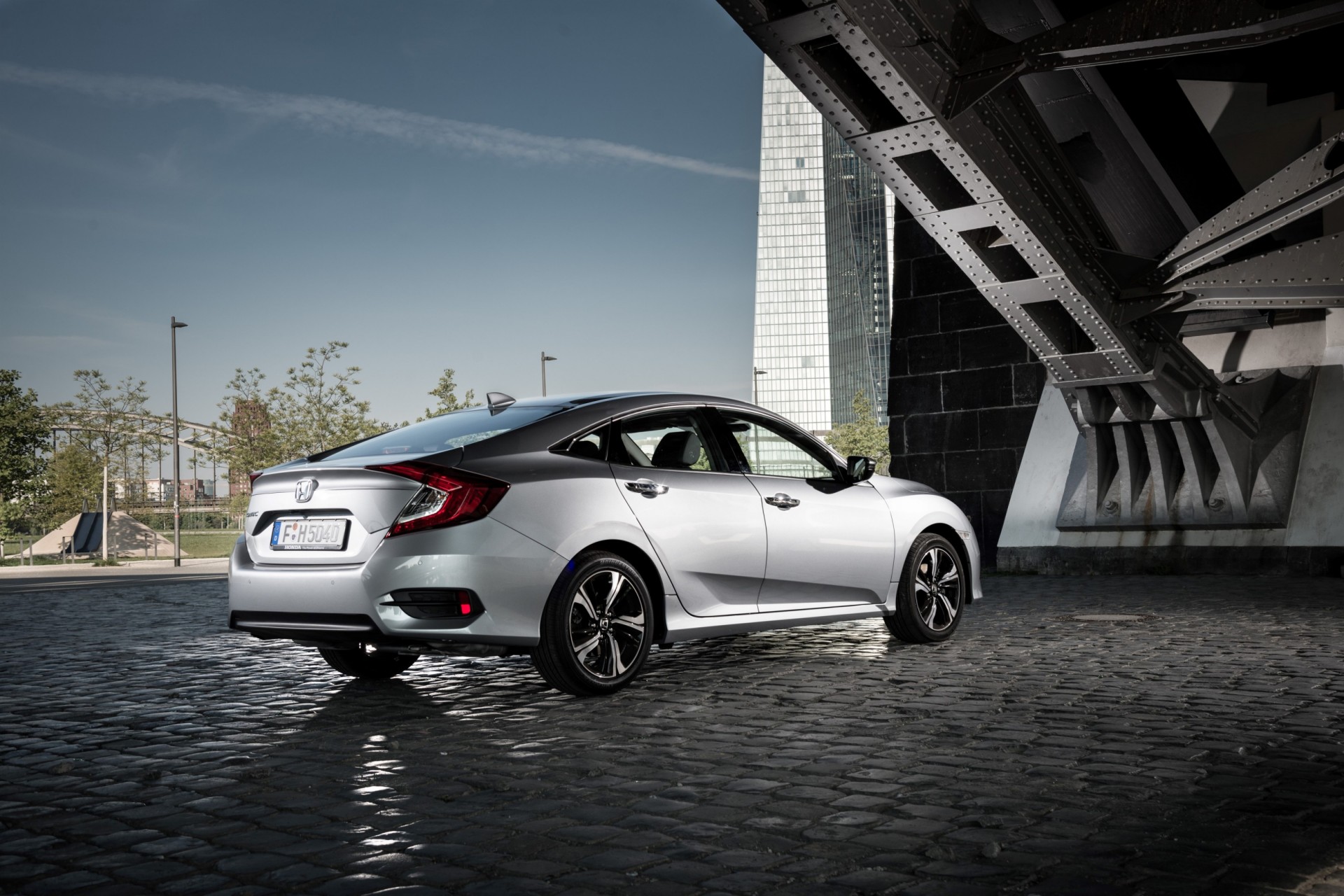 Honda’s tenth generation Civic looks different from any angle, particularly in hatchback format. Toned down at the rear and with an added boot, the new Sedan doesn’t take your eyes on as angular a journey as the five-door, but is undoubtedly a Civic. As a manufacturer who doesn’t share its engines or platforms, Honda’s energies all focus internally, while their worldwide research provides them with pathways as to how their next car will look - welcome Civic Sedan.

Distinctively different, the Civic Sedan is compact, with boot space of some 519 litres, room for five within its cabin and on my test car, powered by Honda’s own 1.6 turbo-diesel. It drives really well, the diesel delivering power and economy that is respectively delicious and delightful.

Those who wish to go petrol have the 1.0 litre, three-cylinder, turbo unit as a choice. Sever all you assume about these tiny triples, as this 130bhp engine is truly fantastic. Allied to a precise 6-speed manual that begs you to use it, this Civic Sedan in whatever engine you choose, is a top-class performer.

Safety and up-to-date entertainment and connectivity are at a very level. Honda Sensing is standard across the Civic range, its range of guardianship one which would nearly outdo what a winged chap called Gabriel could offer. In the small segment of the compact saloon, the Civic Sedan is a very attractive option, with the heritage, build quality and longevity of one of the world’s best car makers.

In a world where look-a-likes prevail, the Civic is a visual tonic. In Sedan format, it is very user-friendly and on the road is a real charmer. A must drive.

Some of the Competition

Undoubtedly a Civic. It still has the recognisable face, the headlights hooded by a linked chrome strip, which broadens to centrally house Honda’s ‘H.’ Two lower scoops house the front foglights, giving the Civic a low powerful stance, while the bodyline is clean to the rear, where the coupesque roofline introduces you to the booted rear, with its LED light units and more sedate design than the more angular hatchback. All in all, it is a well-proportioned saloon/Sedan and being more conservative than its five-door sibling, will appeal to a similar customer.

Equally as distinctive on the inside, the Honda Civic is worthy of your time to get used to its layout, controls and switchgear, such is the amount and bespoke layout provided. You sit low, with the gear lever higher than normal, the feeling one of being ensconced in the Civic as distinct from merely sitting into it. Securing a good driving position should be available to all, with the driver’s seat and steering offering multiple options of adjustment.

Honda Sensing is a suite of safety and warning systems that umbrella your every move of the Civic. Running silently in the background, these guardians monitor your actions, lack of reaction and the cars reaction to its driving environ. Six airbags are positioned covertly to protect driver and passengers, while Honda Sensing uses radar and camera information, alongside sensors that warn and assist the driver of potentially dangerous scenarios.

Like many car manufacturers today, Honda have invested heavily to combat the human error factors of driving, as well as putting controls in place, normally identified by a plethora of capital letters, which monitor and intervene should the vehicle misbehave. It is well worth investing time to know your guardian angels and their particular talents.

In all its guises, the new Honda Civic will please the driver in us all. The Hatch and Sedan drive with an assured air and will provide plenty of smiles for the driver within. Those choosing the Civic Type R will find themselves in the company of one of the world’s great cars. Its exterior styling gives more than a hint of the potency that lies within, but very little will prepare you for the reality – a car that can demonically and delightfully dance through corners and bends like a scalpel through grapes.

Back to the more sedate Sedan, and it has all the road genes of the more manic Type R. The gearchange has a mechanical feel to it, slotting into your chosen ration with a reassurance that comes from top-class engineering.

Low set and aerodynamic, the Civic Sedan slips through the air with ease, the conversations within requiring only a minor rise in volume. Apple CarPlay and Android Auto keep all connected and in tune, while the aforementioned Honda Sensing shrouds all within and some with-out in its voodoo.

Honda’s diesel engine is worthy of a round of applause at the end of every journey, such is its performance and function. Allied to well-spaced ratios, the 1.6 i-DTEC is frugal and fiery, depending on your demand. The seriously impressive 1.0 litre, 3-cylinder, VTEC turbo-petrol, with its 130bhp still fills me with disbelief that such liveable performance can be coaxed out of a tiny triple.

With the whole world seeking to go high-rise, there is a welcome audacity to Honda’s introduction of their Civic Sedan. This compact five-seater saloon may hark for some to a time gone by, but it is a totally modern, usable transport solution that will suit many. All that’s required is the keys.