Head-first and Sliding for Ireland 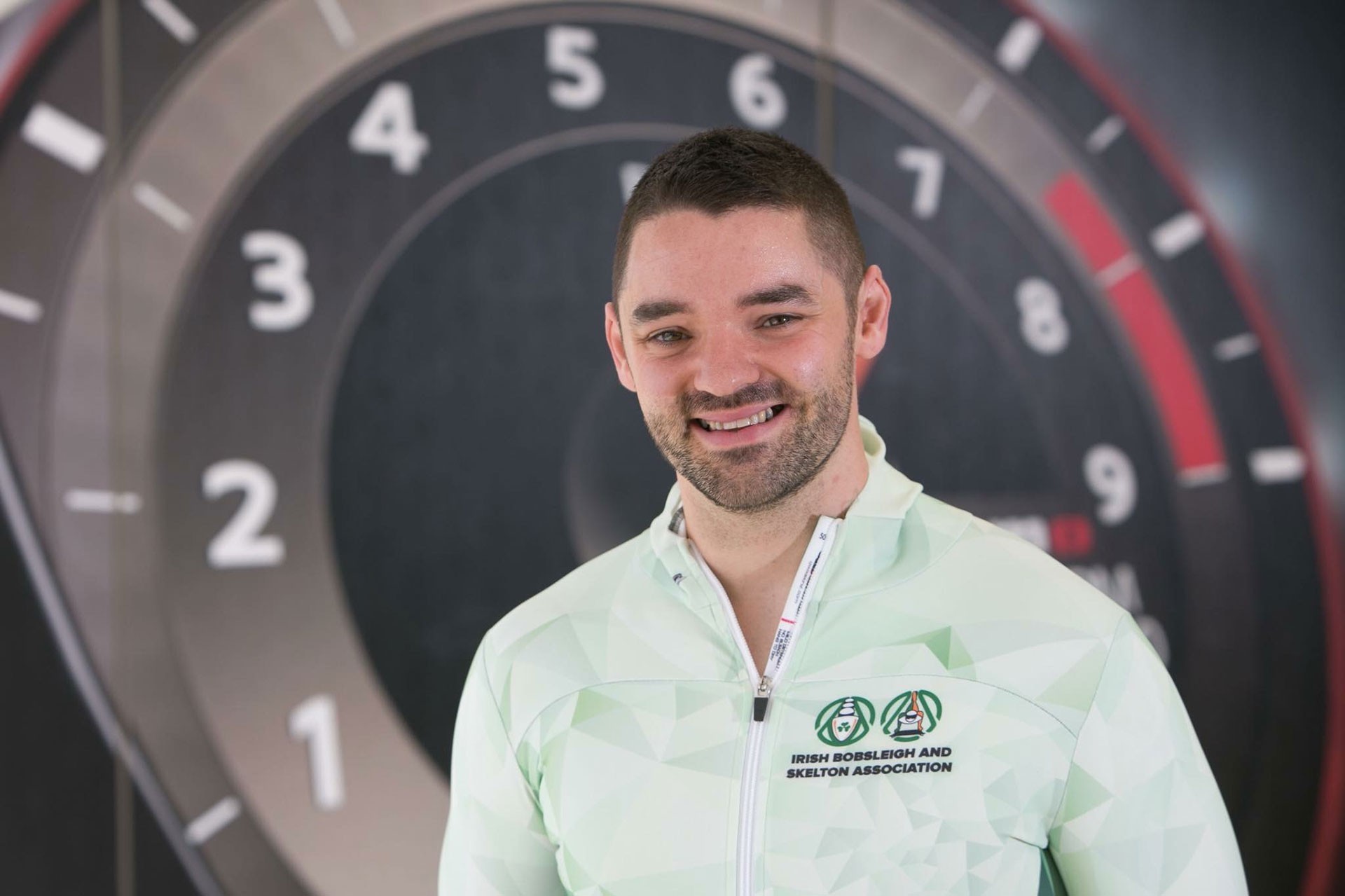 Suit fastened, gloves on, helmet secure and every thought in his head is now focused to the exclusion of all else. Crouched down to the right side of his sled, his left hand on his high-tech skeleton’s grip, he rocks forward and backwards, the pin-sharp spikes of his bespoke runners biting into the ice underfoot – he has fifty metres to sprint prior to flinging himself onto his sled.

His mind is concentrated on one thing – the explosion – where the thousands of hours and gallons of sweat have honed his body to where every atom of his energy is accumulated for when he decides to drive it through his toes and launch him and his sled down the icy chute to an awaiting first corner with no respect for error.

Head first and sliding for Ireland, Brendan Doyle’s choice of sport can easily defy logic, question his self-preservation tactics and cause total bewilderment as to why he would dress in a flimsy bodysuit, lightweight protective helmet, aforementioned spiked runners and unlined gloves, prior to throwing himself flat, head-first on his skeleton sled and soon after hit speeds of one-hundred and forty kilometres per hour, withstanding over five-g’s on some of the turns – bonkers stuff.

Quietly spoken, with a quick willingness to smile, Brendan dismisses all my ‘why’s,’ ‘what’s’ and ‘if’s’ with the calm acceptance of someone who lives in a world inhabited by few. With all the attributes associated with his Zen demeanour, Brendan allowed for my exasperation and asked if I’d like to see his sled, a non-descript slab of blackness, with grips on its top side and runners underneath – a ‘simple’ affair.

Going to his kit-bag, Brendan told me that the combined weight of him and his sled is limited to 120kgs, the sled weighing no more than 43kgs. Taking out a multi-tool that would make a Swiss Army knife feel inadequate, his eyes effectively light up as he goes about dismantling his sled, removing the velcro’d cover to revel a steel chassis, with carbon-fibre section that was could have been machined by NASA – this was seriously trick.

Brendan went through the various sections that made up his sled, how it could be minutely adjusted for different tracks, each of his comments accompanied by touches of understanding that can only happen when the harmony between him and his sled is total. Where others have technicians, akin to a Formula 1 team, to attend to servicing their sleds. Brendan fettles his own for hours, the therapy he gets out of it something he relishes.

The fine-tuning of the chassis, the runners and his own body position, is all part of Brendan’s forensic knowledge, the absolute glee in his eyes as he explains how minute alterations make huge differences, reminding me without any hint of arrogance that he was dealing in hundreds, if not thousands of a second at any part of his run.

Being witness to Brendan as he reassembled his sled, it was so easy to compare what Brendan was doing against that we witness on our TV’s, when looking at Formula 1 or MotoGP. Drivers and riders talking about set-up, grip, their physical condition and the demands of circuits on their vehicles and in particular, their bodies.

Head-first, eyes forward, shoulders flat, arms tucked in on the outside of the handles, legs together, with every effort to allow the air to pass above and below with minimal obstruction, all the while the momentum gathers, forward forces are mixed with those sideways, every ripple shuddering through the sled into the sliders body, the small bumpers front and rear side the only protection between their body and the unforgiving ice wall. And then comes the turns, their variance subjecting the slider to forces normally reserved for fighter pilots and those in Formula 1, with some tracks delivering over 5g’s worth of compression force on muscle, bone and body, truly torturous stuff as they exceed one-hundred and forty kilometres per hour.

With no brakes it is up to the slider to adjust their body to alter speed and change of direction, their head continually being forced away from their intended direction, the neck muscles strained for the duration of the run, the 1.9km track set for Beijing in 2022 the daunting target for Brendan as he focuses his preparation.

Out of a love for athletics, his competitive nature, undoubted bravery and now recognised world talent, our man Brendan Doyle leaves Ireland in October for six months high intensity training in Europe, where he will slide against the best. Invariably they will be funded way beyond Brendan self-funding means.

In February 2022 Ireland will witness Brendan Doyle, its Winter Olympian, walk with the Irish flag in Beijing. We will witness a finely-tuned athlete, adorned in a second-skin bodysuit, the Irish shamrock emblazoned on his protective helmet, as he flings himself to a pin-pointed spot on his tuned sled.

Beijing 2022 will ask questions of sliders that have not been asked in any Olympic Skeleton event before. In what will be less than two high-intensity minutes, Brendan will put his body through a physical and mental demand that will leave him exhausted. Six years of preparation, endurance, sacrifice and denial will be concentrated into every second. He cannot wait. 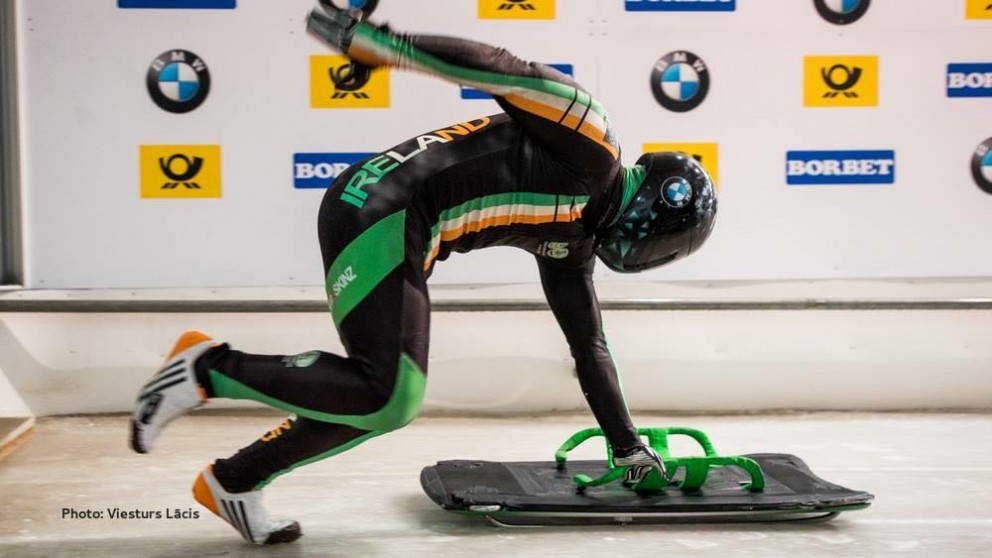 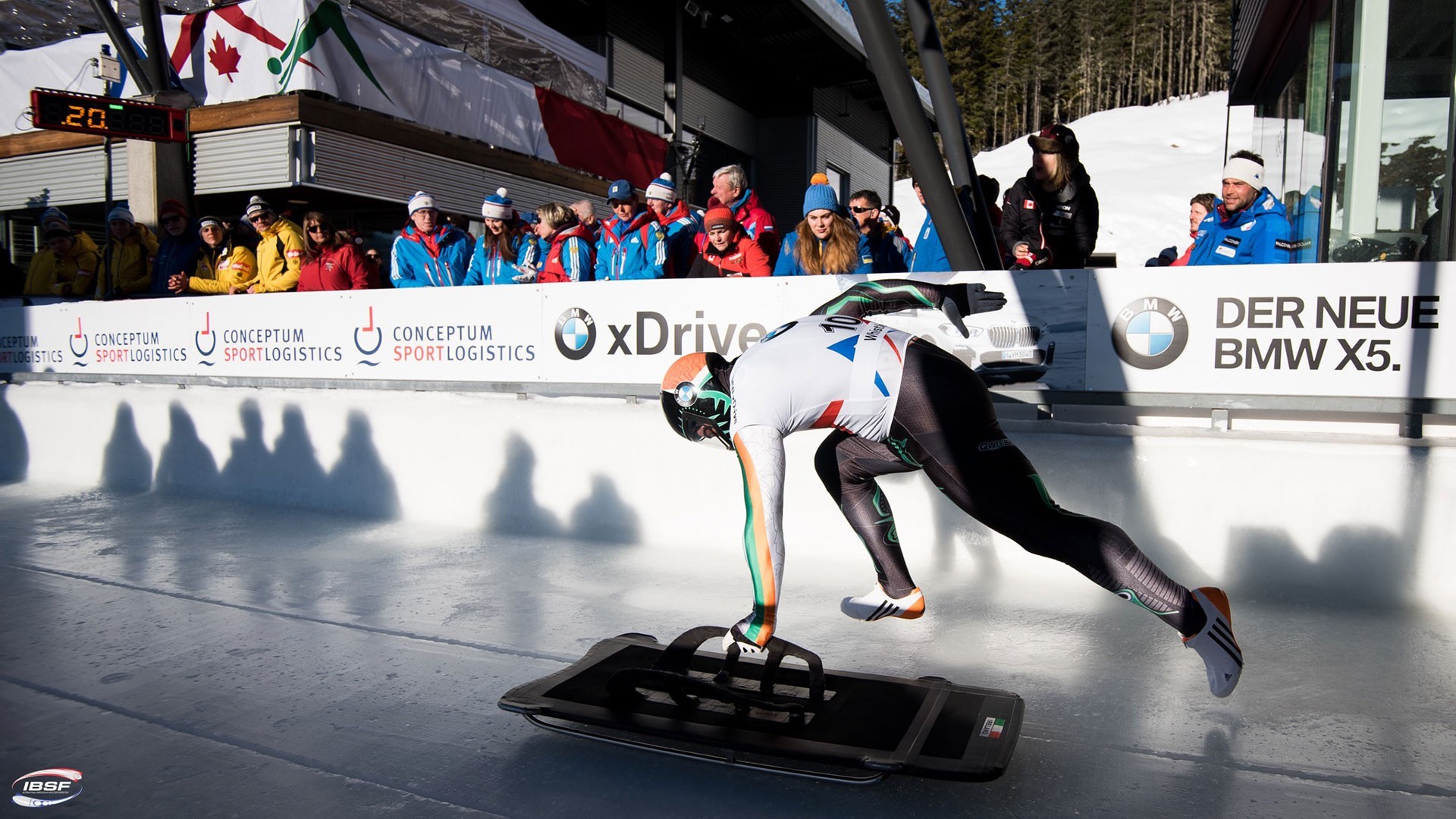