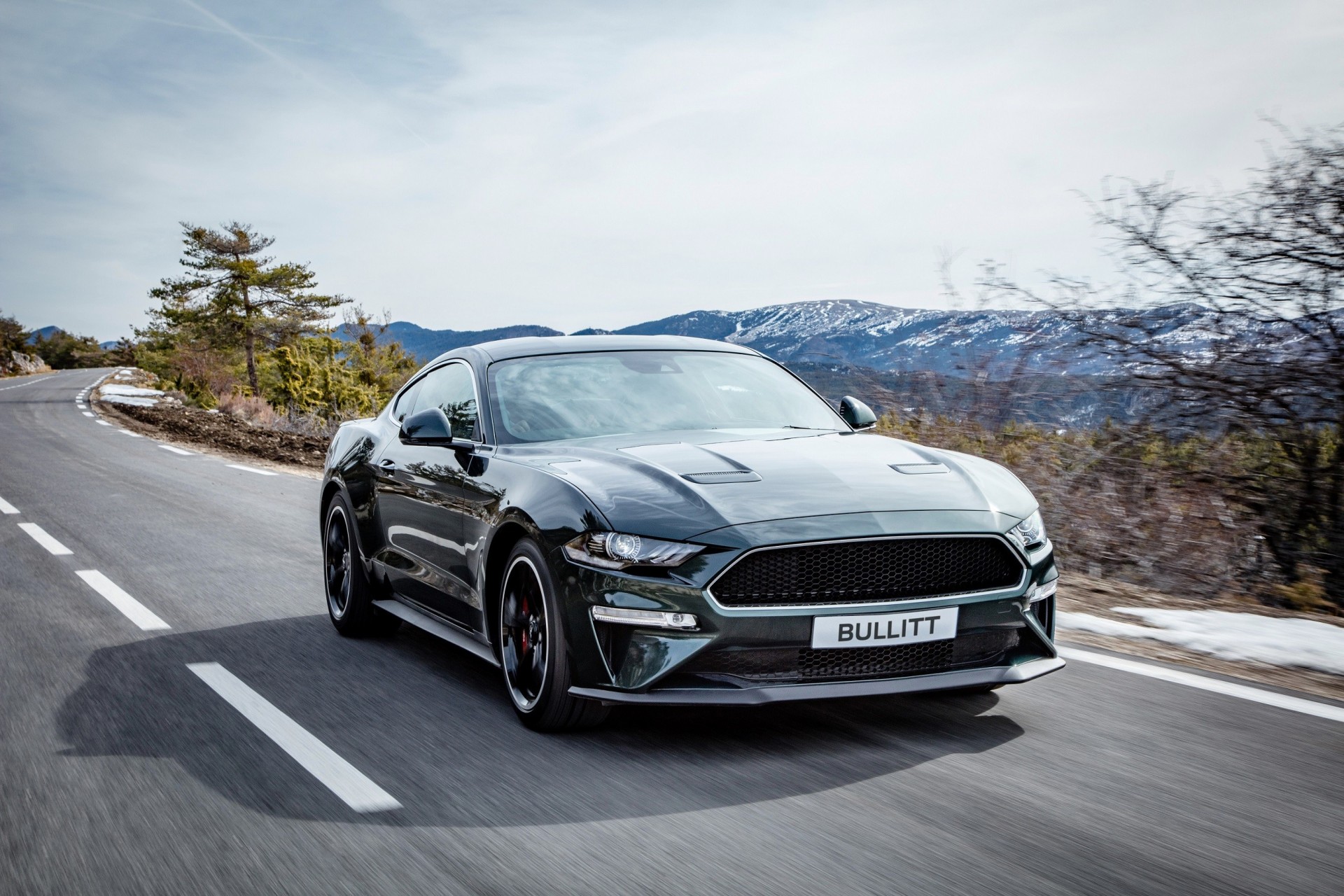 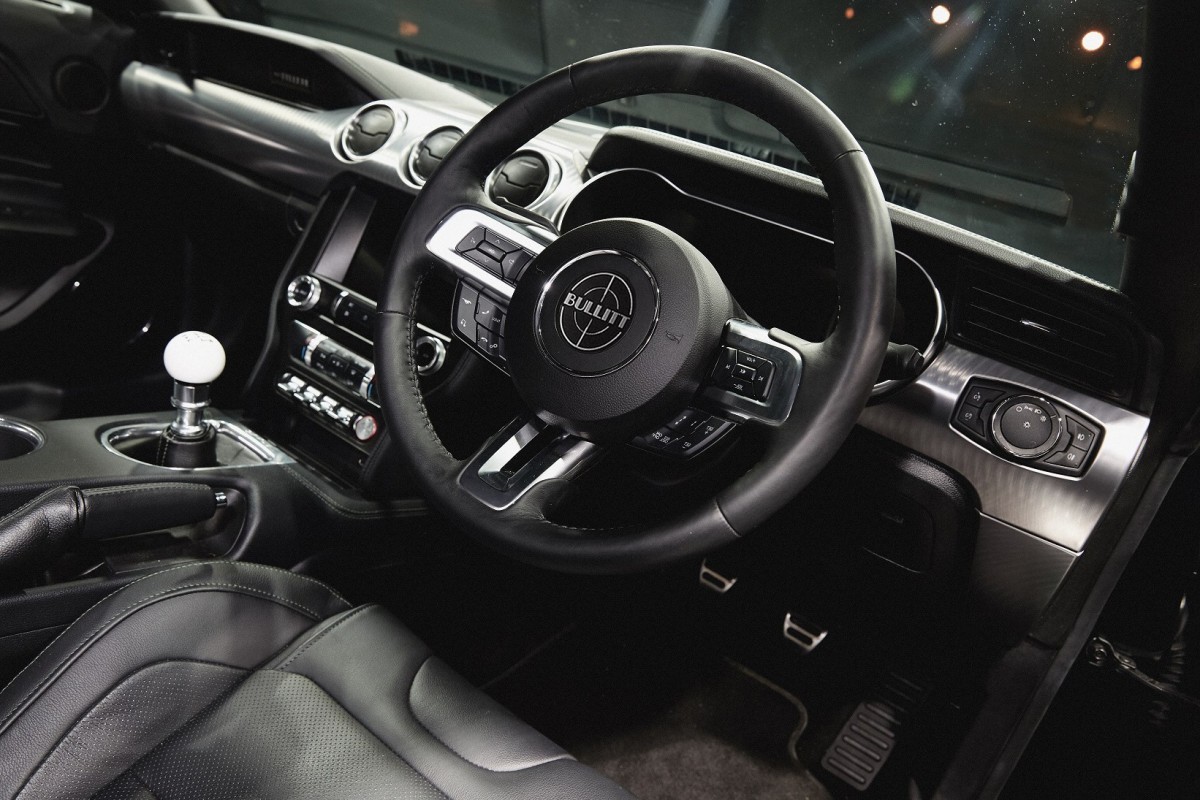 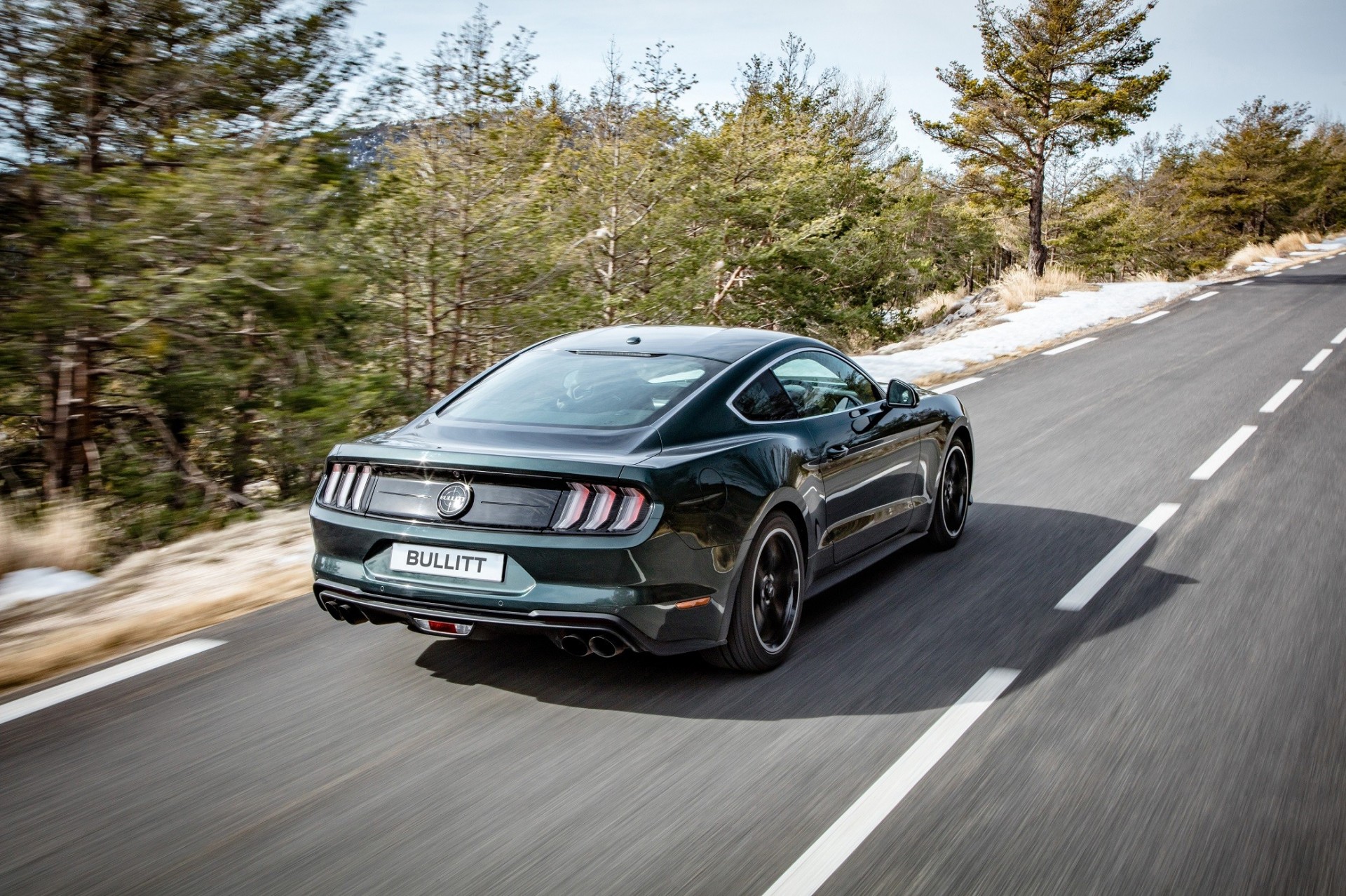 San Francisco – Lombard Street – eight hairpin turns – more up and down city streets than is good for one’s digestion – a Highland Green Ford Mustang and the guy who invented ‘Cool’ - Steve McQueen – there is no reason to not want some of this. Well, maybe the limited number being manufactured and the starting price of €73,092 might cause one to pause. Nah!!

I could easily run out of adjectives when looking and driving Ford’s iconic rock ‘n roll, ever-youthful, tarmac-eating fastback. So much has changed since that ten-minute Bullitt car chase back in 1968, and yet as I sit into the 2019 Recaro leather seats of this tribute Mustang, I am hoping that the King of Cool is as pleased as I am.

Some of the competition

Walking towards the green fastback Mustang, I’m sure I heard it snarl menacingly, its long vented bonnet stretching out to where its distinctive headlights and chrome-surround black grill, minus the customary galloping horse, red Brembo brake callipers peeking out of the 19” alloys oozing way more potential than I have talent – my welcome to the 2019 Ford Mustang Bullitt was a step by grinning step experience. The Mustang Bullitt is also available in Shadow Black exterior colour, and each one has a dummy Bullitt fuel-filler cap in the centre of the boot lid. For me, the colour has to be Highland Green.

Available only in six-speed manual, selected by a white cue-ball gear knob, with rev-matching technology on the downshift, each Mustang Bullitt features an individually numbered plaque in place of the traditional Mustang emblem on the passenger-side dashboard. The centre boss of the steering wheel also states its lineage, as does the greeting on the console – this is a special place.

In keeping with the Mustangs exterior audio track those on the inside can listen to their favourite tunes via  the premium B&O Sound System that delivers 1000 watts through 12 high-performance speakers.

Ford Sync3 ensures all modern connectivity and entertainment is available, its voice recognition technology a feature every driver should use. Apple CarPlay and Android Auto is standard.

Other features that pay tribute to the car McQueen drove are subtle chrome accents around the grille and front windows, and a unique black front grille. Inside and out, the vehicle uses minimal badging; only the circular faux fuel-filler cap Bullitt logo on the rear centre is visible on the exterior.

Knowing what this Mustang has in its locker is highly recommended prior to taking it onto the public road. This is one substantial car, wider than a 7-Series BMW, rear-wheel drive and with some very enthusiastic horses at your behest.

The driving position is unique, such is the length of the bonnet out front and its two ridges, which give you your gauge on how wide this little pony actual is!

It moves away in Normal mode, the V8 introducing itself with a tone of intent, all the controls requiring no more effort than a Focus to initiate progress. Clutch and gear change is without drama, the latter a tad long and lazy, in keeping with the sheer muscle available.

During my short test drive in this exclusive car, I got to give it socks within the confines of Mondello Park, utilising all the track and sampling all the drive modes in the Mustang menu.

There are major differences to the Mustang Bullitt’s demeanour on shifting it into the different modes. A visit to Mondello with your new Mustang is strongly advised.

This mode is used most often. It is designed for normal driving conditions which can be described as dry and sunny. With this mode, you will not need it when you are driving on click roads. This is the most straight forward of the driving options. This is also the one you will want to use if you are driving in traffic

On this rear-wheel drive V8, the snow/wet mode calm everything down while driving in the rain or in the snow. Throttle response is not as direct, giving better traction and aiding the handling so as to keep everything in line. Getting a car giddy when it’s as big as this Mustang, can be a major religious experience.

Temptation for many, this mode awakens all the horses, sharpens the throttle response and steering and stiffens the suspensions, delivering a more tactile driving feel to the Mustang.

This should not be confused with Sport, as here traction control is turned off – not a good idea on a public road, where so much power and torque is being transmitted to the rear wheels. Steering and throttle response is very sharp in this mode.

There are other cars out there who perform better, have greater attention to detail and use better materials. But there are none that carry that Mustang heritage, none that make you smile out your window as you stare at it parked in your driveway.

The Mustang transcends other brands. It is an unquestioned emotional buy and is none the worse for it. Now available to the very few, a Highland Green Mustang Bullitt may rumble into your street. Forget logic, forget your age, take out your phone and capture a photos of what can easily be called, the world’s most famous car.

The Mustang Bullitt performs standing still. It would perform even if it had no wheels. It is what it is. Legend. And I’d love one.

So as you know

Two identical 1968 Mustang GT fastbacks were used in the filming of the movie that debuted in theatres on Oct. 17, 1968. After filming, the cars went their separate ways: the hero vehicle driven by McQueen in the movie was sold by Warner Bros. to a private buyer, and the other – used in many of the jumps during the famous chase scene – was sent to a salvage yard. That jumper vehicle resurfaced in Baja, California, in early 2017, but the other was lost to history… until earlier this year.

Nashville resident, Sean Kiernan, owner of the hero vehicle, inherited the car in 2014 from his late father, Robert, who had purchased the vehicle in 1974. To fulfil his family’s lifelong dream, Sean contacted Ford and the two parties worked together to reveal his movie star car firstly at the 2018 North American International Auto Show in Detroit, and later at the Goodwood Festival of Speed, alongside the new Ford Mustang Bullitt.