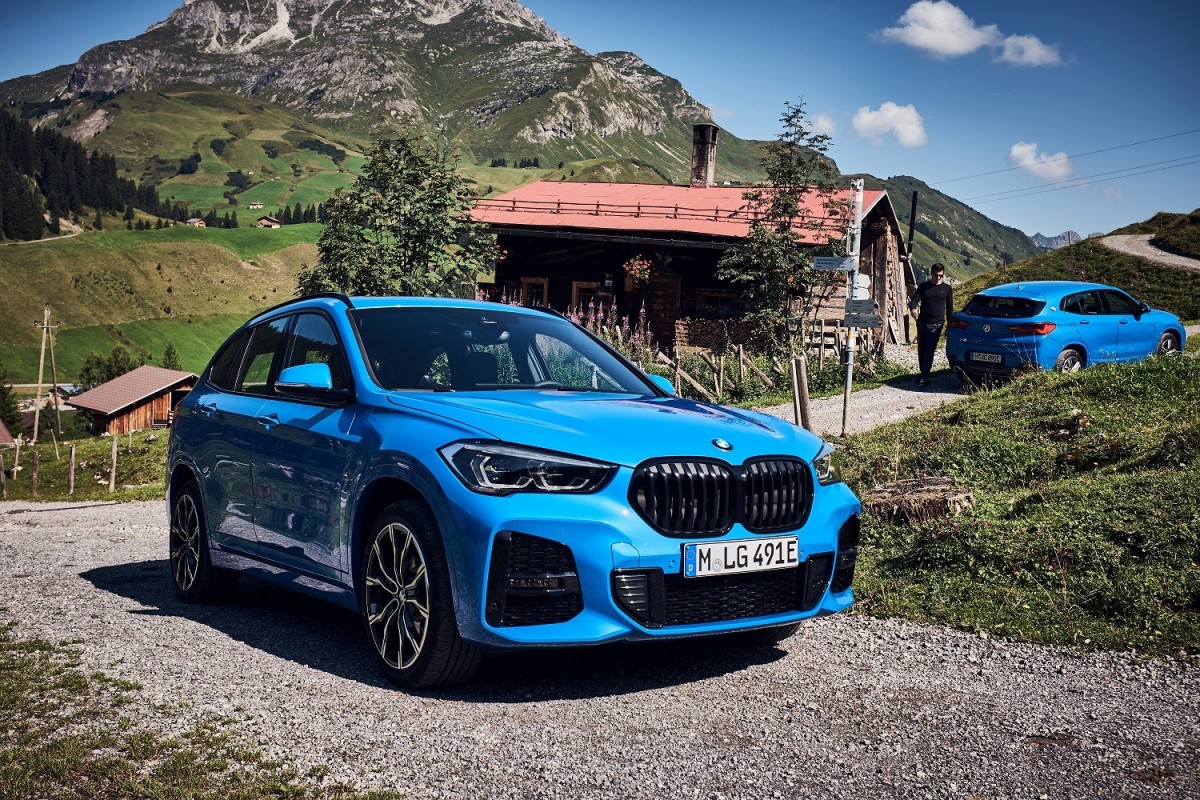 Two new BMW plug-in hybrid models are now available. The BMW X1 xDrive25e and the BMW X2 xDrive25e will both powered by a 1.5litre, 3-cylinder, twin-turbo petrol engine, with the latest-generation lithium-ion battery technology, giving them an electrical power range of 57km.

Pricing of the X2 xDrive will follow later in 2020.

The petrol engine alone has a peak output of 125hp and a maximum torque of 220 Newton metres. The electric motor generates an additional output of 95hp and delivers 165Nm of torque, the combined system producing a healthy output of 220bhp and 385Nm of torque.

The nature of an electric motor sees it deliver maximum torque from a standstill, allowing the driver to react quickly to changing driving conditions. It can also catch the unthinking driver out, where their road speed is above what they may assume – familiarity and restraint are talents to be nurtured. The hybrid specific all-wheel drive system distributes power between the front and rear wheels.

The high-voltage battery can be charged at conventional household sockets using the standard-equipment charging cable. An empty battery can be fully charged in around five hours in this way. It only takes 3.8 hours for the battery to reach 80 percent of its total capacity. Using a BMW i Wallbox, the relevant charging operation from 0 to 100 percent takes less than 3.2 hours. 80 percent of total capacity is already reached after 2.4 hours. The charging socket is located under a separate flap on the front left side wall of the car.

The driver can use the eDrive button on the centre console to influence the drive system’s operating mode. In the AUTO eDRIVE standard setting, the intelligent drive system ensures optimum interaction between the two power units in all driving situations.

Navigation data is also used to manage the plug-in hybrid system to increase the efficiency as well as driving pleasure. When navigation guidance is activated, the anticipatory energy management can also take into account the route profile for controlling the drive system.

The MAX eDrive mode can be activated for maximum use of the electric drive, allowing the new BMW X1 xDrive25e and the new BMW X2 xDrive25e reach a top speed of 135km/h.

Save Battery mode enables the driver to maintain the charging state of the high-voltage battery while driving or to increase it by means of recuperation. Using this mode, battery capacity can be saved for later use, for example when arriving at your destination in purely electric mode.

The new BMW X1 xDrive25e and the new BMW X2 xDrive25e feature acoustic pedestrian protection as standard. When driving electrically at speeds of up to 30km/h, an unmistakable sound designed specifically for electrified BMW models is generated to alert other road users to the approaching car without impairing the acoustic comfort of the vehicle occupants.

The interior can be pre-conditioned remotely via BMW Connected using a smartphone.

The new BMW X1 xDrive25e is available in Sport Line, xLine and M Sport for the Irish market. Virtually all options available on the conventionally powered BMW X1 are available for the plug-in hybrid models.

The high-voltage batteries are positioned underneath the rear seats, delivering a low centre of gravity, optimising the agility of the BMW X1 xDrive25 and the new BMW X2 xDrive25e.

BMW intends to have more than one million vehicles with electrified drive on the road by the end of 2021. By 2021, 25 percent of the vehicles sold by the BMW Group in Europe will feature an electric drive. By 2025 this figure is scheduled to reach 33 percent and 50 percent by 2030. The BMW Group plans to extend their portfolio to 25 electrified vehicles by 2023. 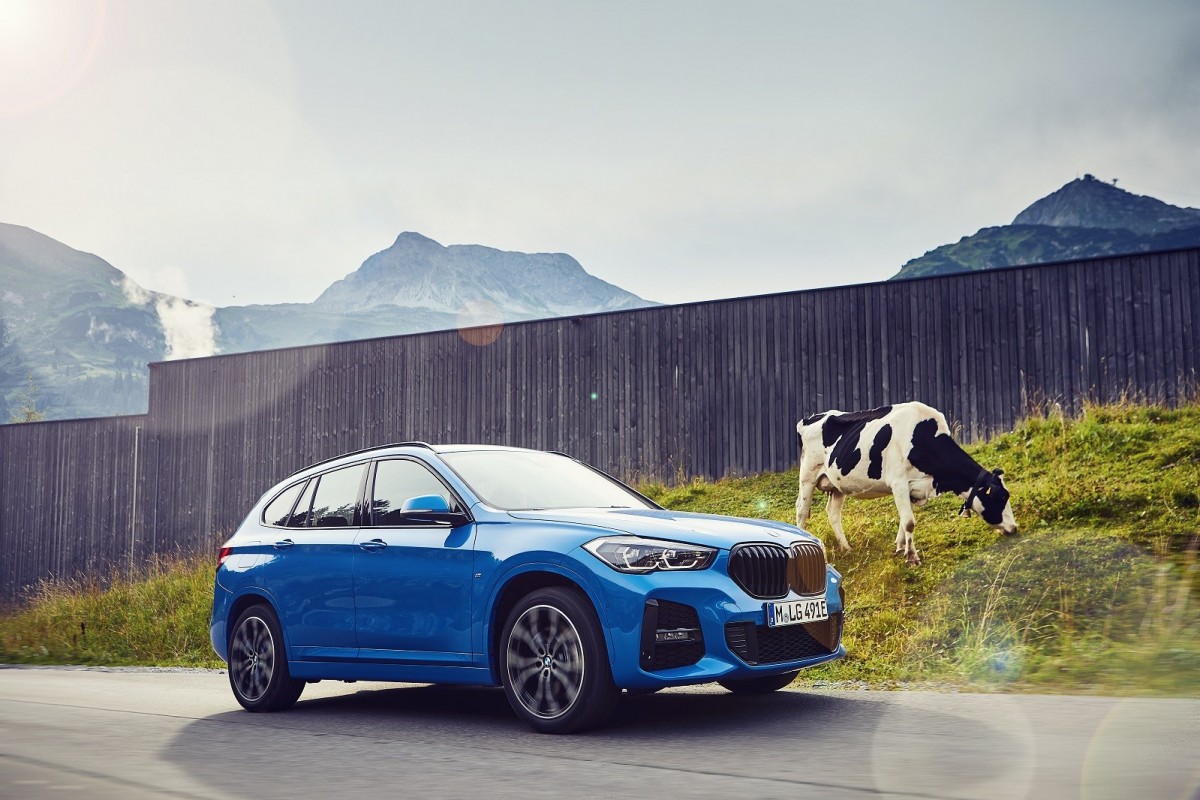 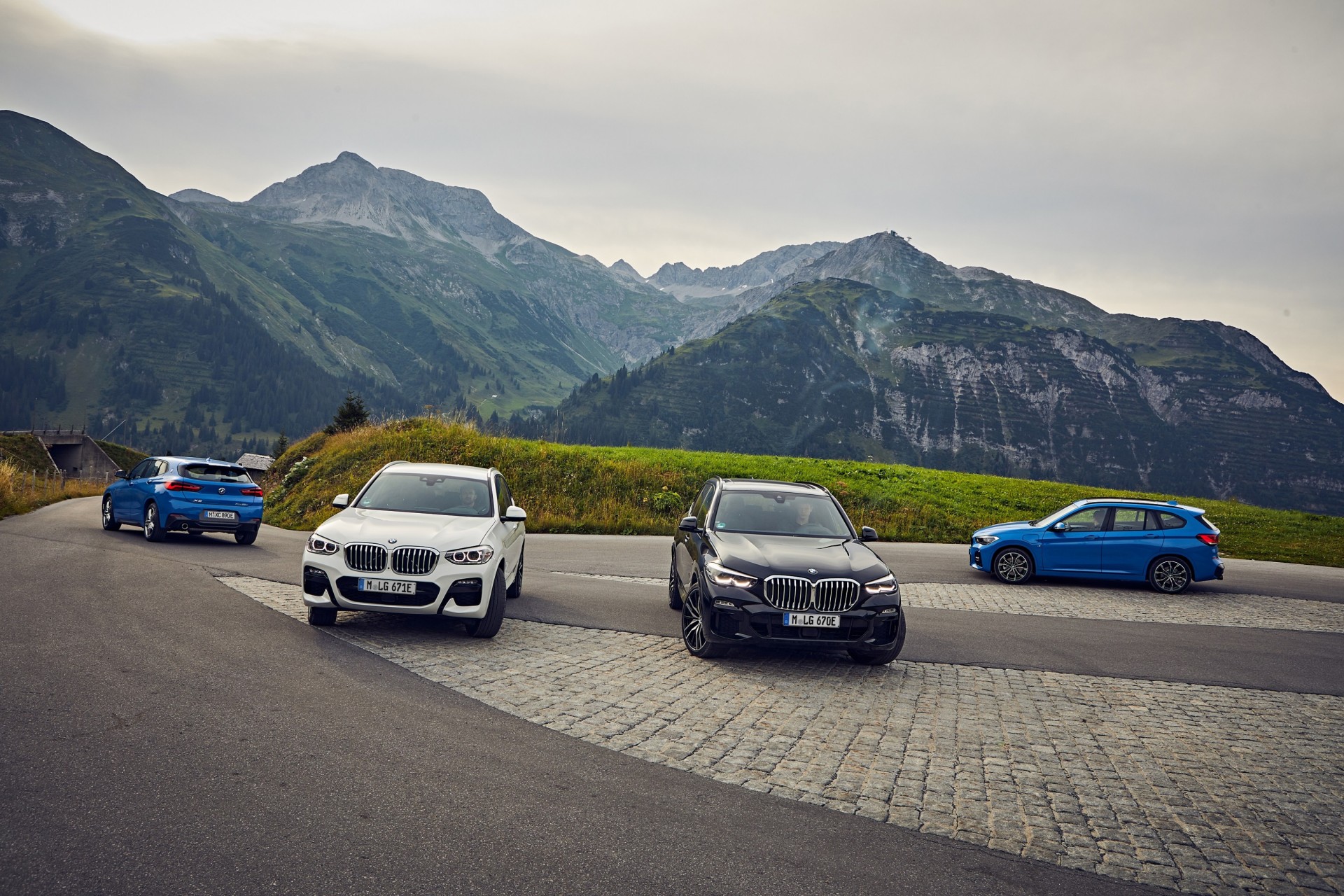