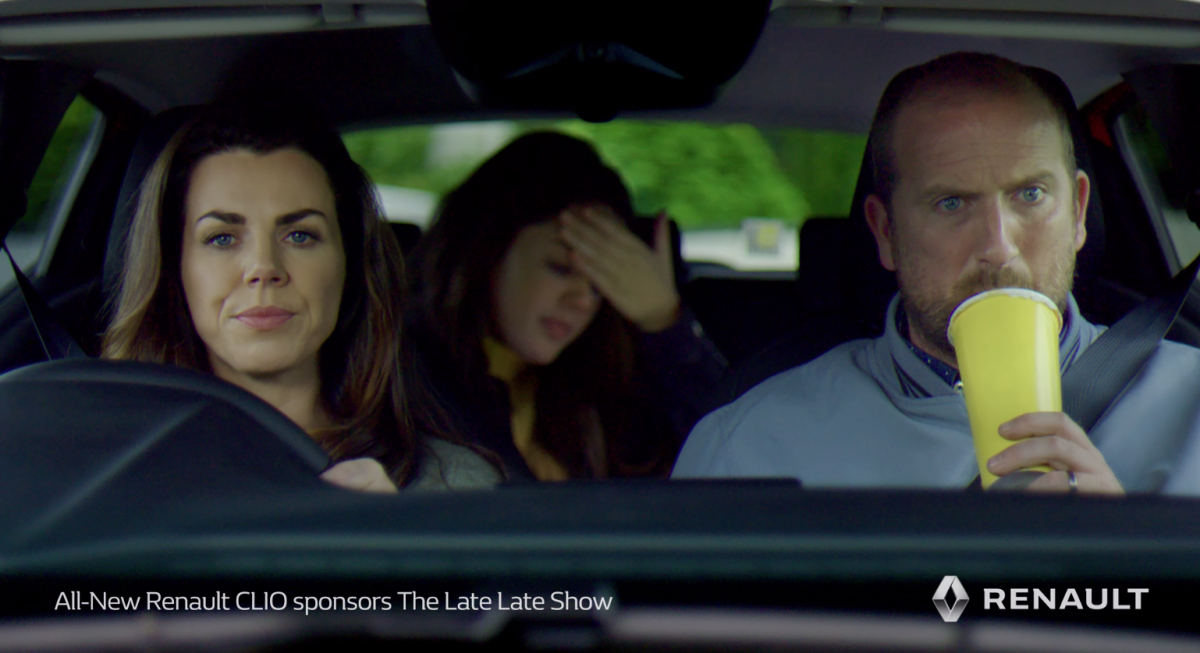 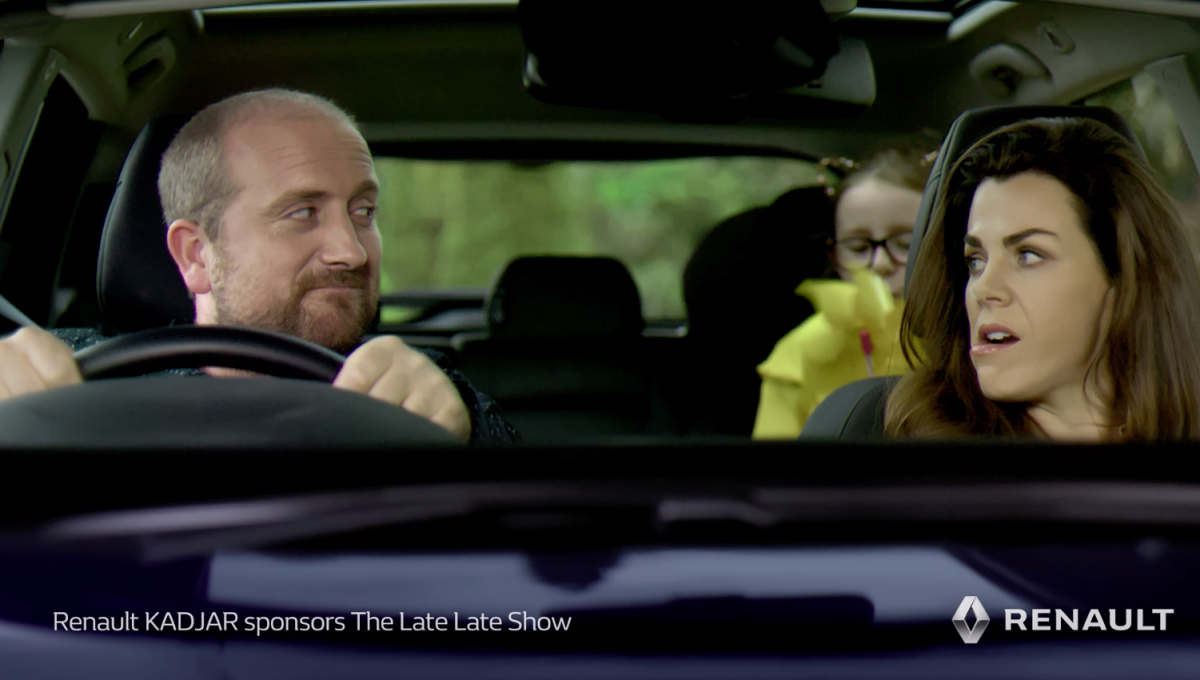 The new season of The Late Late Show on RTÉ One has accelerated away from the traffic lights, summer now in our mirrors and shorter days/darker evenings around the corner.

Whether it’s comforting your daughter over yet another heartbreak or trying to persuade your other half that you really do like your in-laws, Renault knows that the car is the place where some of the more awkward family chats happen. That’s why Renault has created “Better Chats” as part of its sponsorship of The Late Late Show on RTÉ One.

As the new season of The Late Late Show kicks off, the brand and main sponsor will be launching the first communications of its All-New Renault Clio, arriving here later this year, with stings featured throughout the show as well as stings showcasing the ever-popular Renault KADJAR.

As Ireland’s favourite and longest running chat show, The Late Late Show is the go-to for the best chats in Ireland. Renault understands that family life has its wins and challenges. It knows that whether funny or serious, important conversations happen every single day, be it in the car, or on The Late Late Show. That’s why the brand is encouraging people to seek “Better Chats” on The Late Late Show.

Renault last year renewed its sponsorship of The Late Late Show for a further three years.