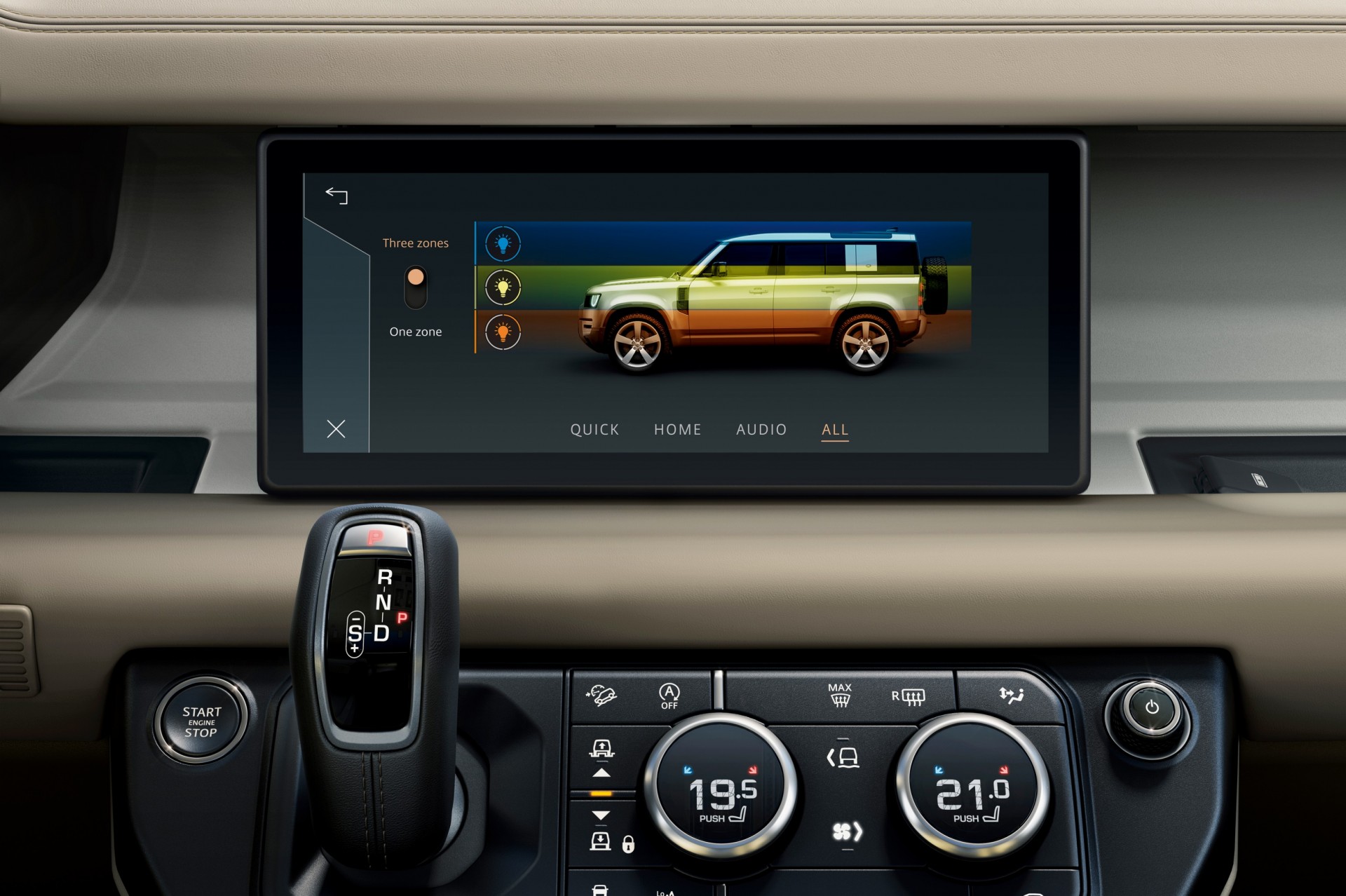 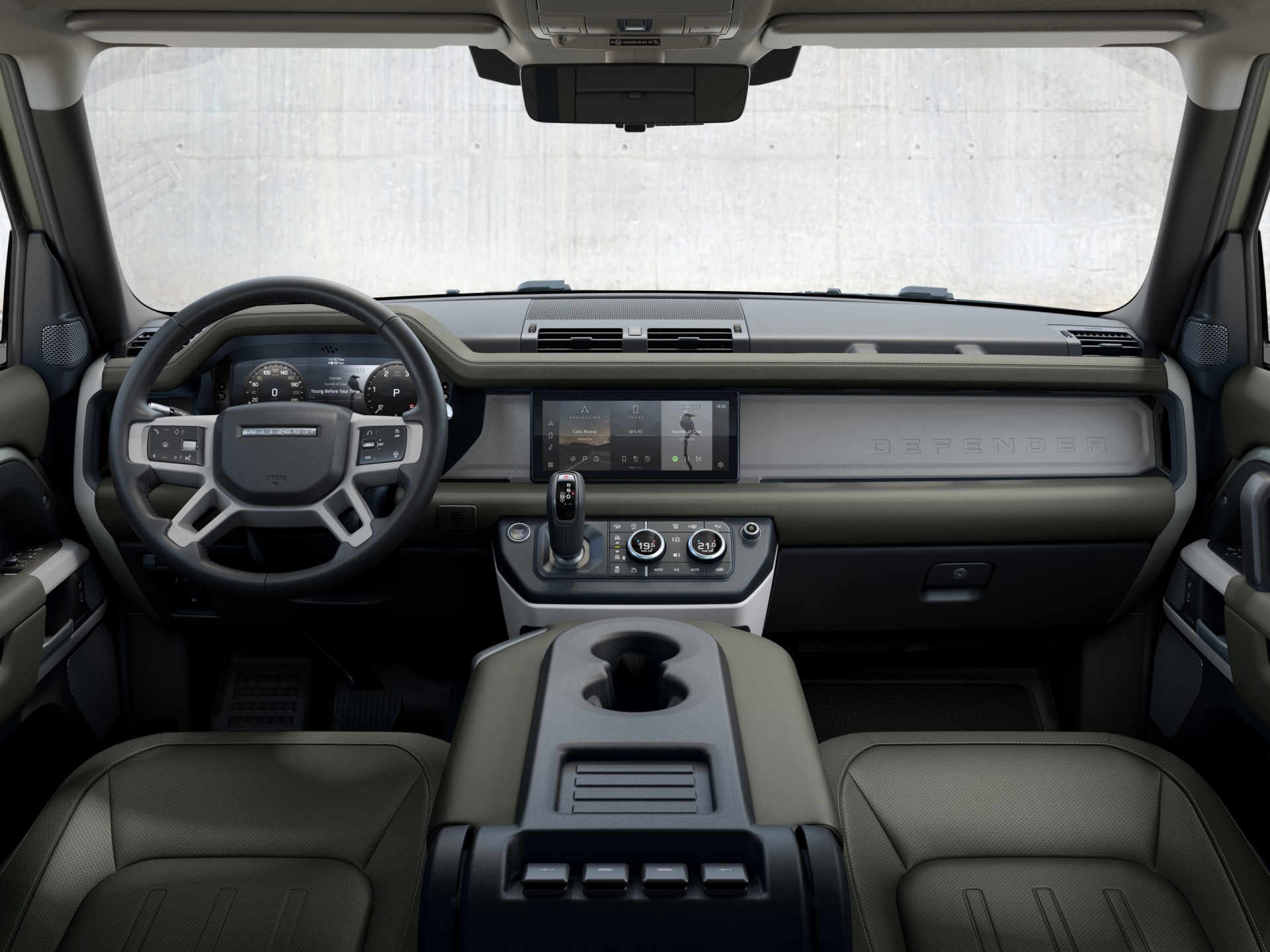 The all New Land Rover Defender had landed, albeit static and a left-hooker and at its Irish launch. Coming in two models, a 90 and a 110, there are six grade models available; Defender, S, SE, HSE, Defender X and First Edition. Commercial models are set to join the line-up later in the year. Pricing starts from €68,160for the Defender 110 2.0 SD4 AWD Auto model.

A beaming Eddie Kavanagh Managing Director Jaguar Land Rover Ireland on introducing the new Defender, said, “The new Land Rover Defender has been much anticipated and the reaction to the new model has been fantastic. This is the most durable and capable Land Rover ever produced, the most tested vehicle ever and a vehicle with huge appeal.  We expect strong interest from the Irish market when the vehicle arrives later this Spring.”

Having spent many hours and covered a multitude of mucky-miles in Defenders and other Land Rovers, the arrival of this all-new Defender is smile inducing. It is unquestionably a Land Rover, but comparing it to the model it replaces, is unfair to both.

All new promising more of the same

Whereas the original was basic and never happier unless it was out amid the giggle-weeds, this latest 2020 model has been to the finest of finishing schools, now speaking in an educated tone and with a plethora of technical support and information systems that would have NASA applauding enthusiastically.

In the world of SUV’s, the vast majority are purchased by folk whose idea of going off-road is visiting a garden centre. Looking at this new Defender and I’m picturing sitting into it at Eastnor Castle, in the Malvern Hills, where I’ve spent many an hour with the Land Rover Team, on their very challenging proving ground. Yep, it may look posh, but this the new Defender has dirty intentions.

This 2020 Defender looks like a Land Rover, but instead of harking back to its visual heritage, the designers have given this new model design cues to take it forward into the 21st century. The new Defender sits on an aluminium unibody, akin to the D7 platform enjoyed by the latest Discovery, Range Rover Sport and Range Rover.

It now comes with double-wishbone front suspension and Integral Link independent rear suspension, gone are the solid axels of before – sophistication abounds.

Bigger than the previous model, the length of the Defender 110 model measures 5018mm (including the spare wheel on the rear door), up 440mm. It is worth noting that the wheelbase of the 110 is 3022mm, 99mm longer than a Discovery’s. The Defender 90 is a very neat street package, at 4583mm, making it not much bigger than the latest VW Golf at 4284mm and the Ford Focus at 4397mm.

Both the 90 and 110 Defenders have the option of a centre jump seat in the front, which can be folded away to provide more storage. The Defender 90 is a five-seater normally, while the 110 can accommodate seven, the rear two seats best suited to those small in stature.

For more information on the New Land Rover Defender and to configure a Defender model visit www.landrover.ie/defender 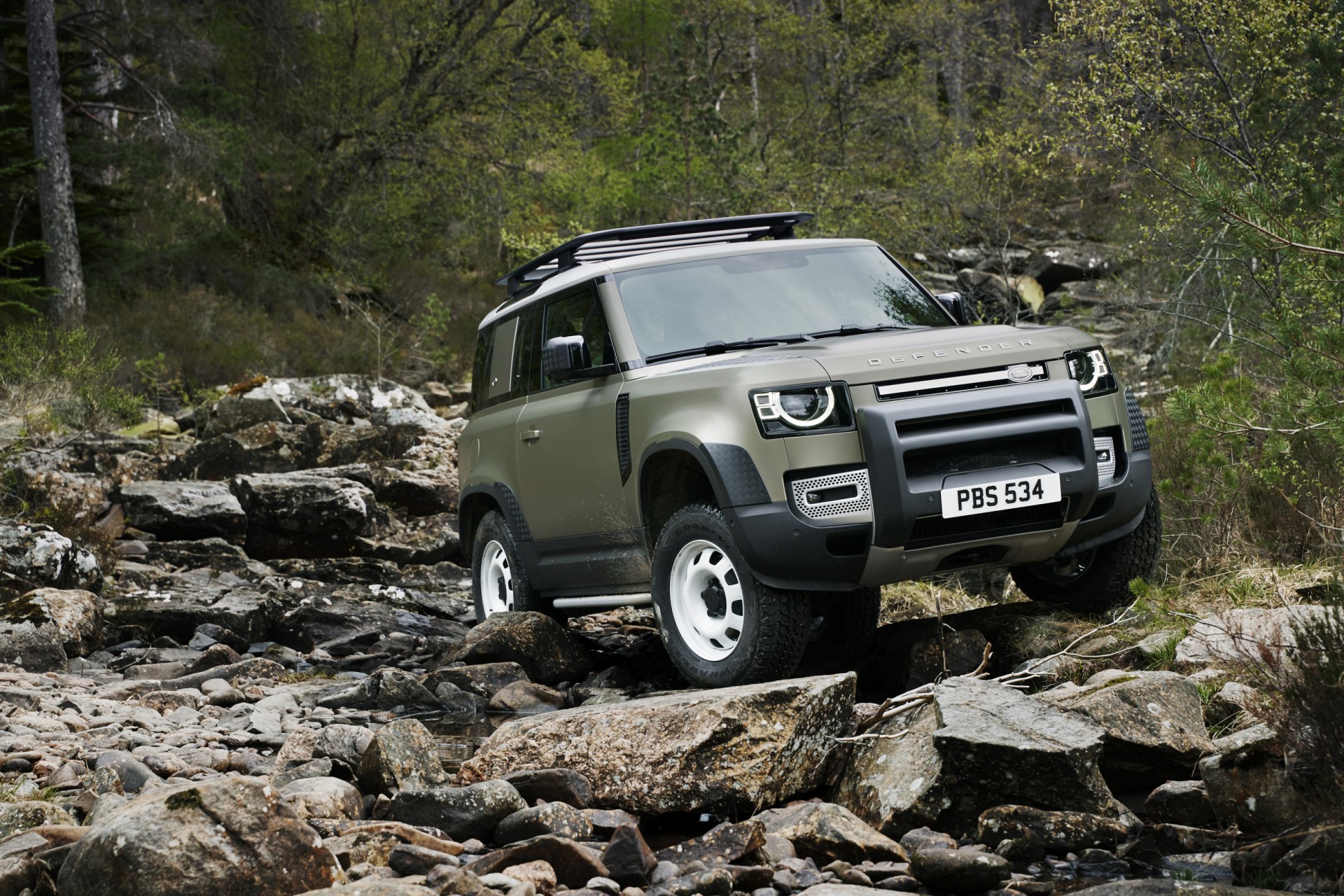